Cabby says man evaded $43.50 fare by pretending to be drunk, then showed police he has money 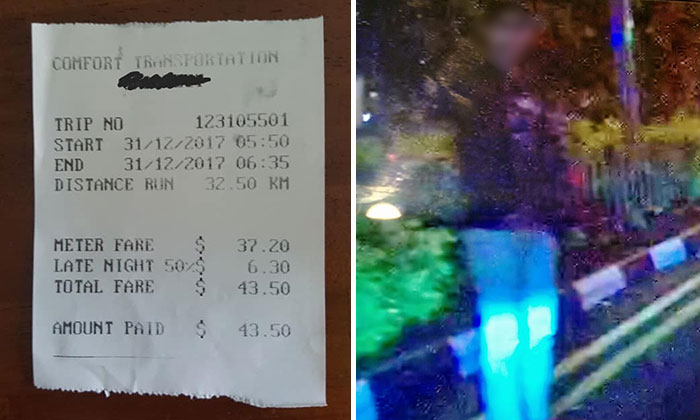 Facebook user Tang Colin, a taxi driver, recently posted about a passenger who not only pretended to be drunk so he could avoid paying the fares, but even accused him of not sending him to his destination.

The passenger asked Colin to head to Yishun Sapphire Condominium.

Upon reaching his destination, the passenger pretended to be drunk and refused to pay.

He then asked Colin to wait.

Colin spoke to him for around five minutes and suggested that they head to a police station to file a report.

At the station, an officer told Colin that the passenger was not willing to pay the fares, which amounted to $43.50, and advised him to file a police report.

The passenger, insistent on not paying, even took out money from his wallet and showed it to the officers.

He told officers that Colin did not send him to his destination.

“I thought taxi evading is a serious offence?

“If this pax (the passenger) can go scot-free... I believe there are more and more people evading fares and drivers will have a tougher time with no security.”

“From police station take a cab back home is less than $10. Good move ya.”

Related Stories
Man who did not pay my mum $19 for your taxi fare, please come forward before we make a police report
Motorcyclist mounts pavement just before ERP gantry, then goes back on road after he passes it
Couple evade $200 cab fare after asking cabby to 'jalan-jalan'
More About:
facebook
taxi driver
cabby
evade fare