Cabby sacked after charging customer $70.75: Not 1st time he has overcharged, says ComfortDelGro 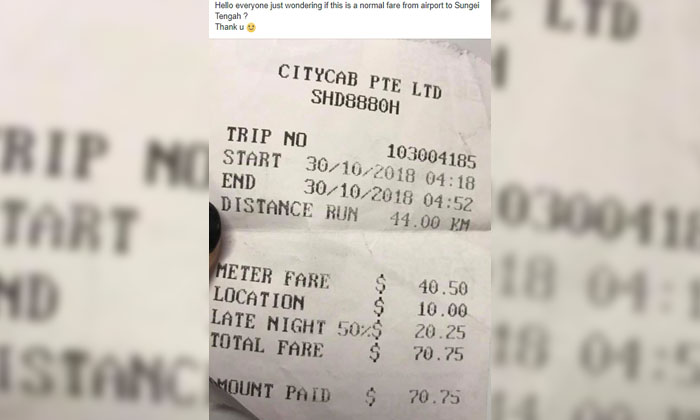 A taxi driver has been terminated after he was found guilty of overcharging a passenger for a ride from Changi Airport to Sungei Tengah, ComfortDelGro told Stomp.

She included a photo of a receipt that she said her worker had received for taking a taxi from Changi Airport Terminal 1 to Sungei Tengah on Oct 31 at about 4.18am. 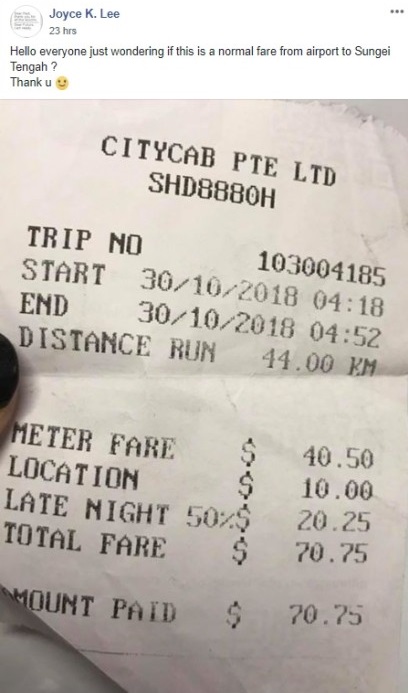 In her post, Joyce asked if this was normal.

Some commenters expressed shock at the exorbitant fare.

One netizen said that the fare should not have been more than $50.

Others pointed out that the location surcharge should only be about $3 or $5 depending on the time of pick-up.

"We would like to apologise to Ms Lee for the fares that were wrongfully charged to her worker," she said.

"We have investigated and found the driver guilty of overcharging."

She added that ComfortDelGro has since sacked the driver as this was not the first time he has done this.

"As this was not his first offence, we have decided to terminate his hiring agreement," Ms Tan said.

"Such behaviour is unacceptable.

"We hope that Ms Lee could get in touch with our Customer Service Centre at feedback@cdgtaxi.com.sg with contact details so that we can follow up with service recovery."