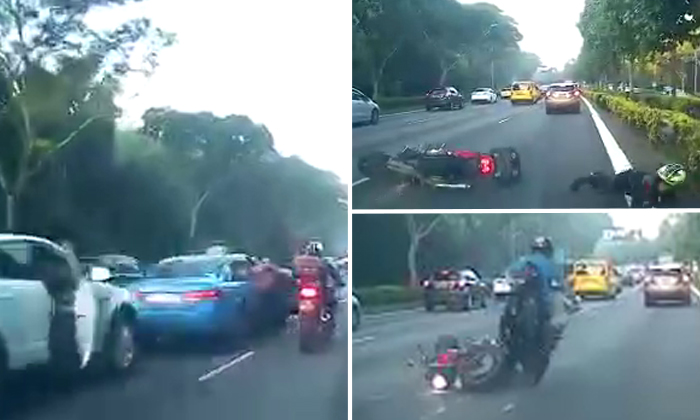 It was a series of unfortunate events when a cabby opened his taxi door after an accident with a car, only to unwittingly spark a chain collision involving two motorcycles.

A video circulating online shows how the taxi driver had opened his door, which a motorcyclist crashed into.

The motorcyclist was thrown off his bike and rolled onto the right side of the road.

Meanwhile, another oncoming motorcyclist collided with the first bike, which had been lying on the road.

Stomp understands that the cabby had opened his taxi door to check on an accident with a white car that was behind him.

In response to a Stomp query, the police said they were alerted to the accident -- involving a car, a taxi and two motorcycles -- at 7.20am.

Both motorcyclists, aged 20 and 27, were conscious when taken to Khoo Teck Puat Hospital.