Cabby injured after Sengkang lift plunges three storeys in a second: "Lucky I held onto railings" 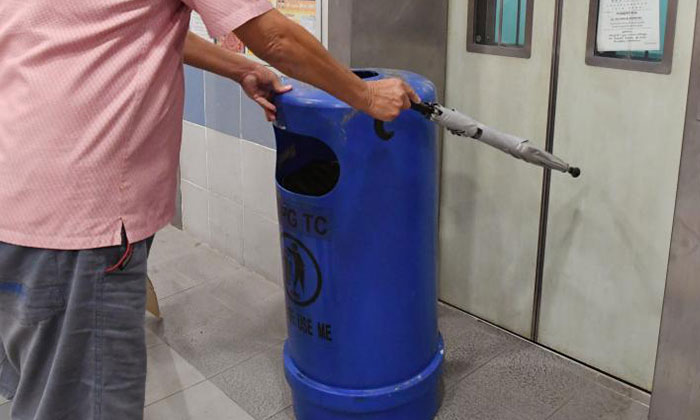 An elderly cabby suffered injuries on his ankle and shoulder after he was thrown off his feet when the lift he was on descended three stories within a second.

The incident happened at Block 122, Sengkang East Way on Tuesday (Jan 16) at around 6pm.

This comes after a separate incident at around 5pm on Monday (Jan 15), in which the cabby tripped due to a misalignment of the lift floor and the lobby, reports Shin Min Daily News.

The cabby, Mr Chen Tianfu, 63, told the paper that he was about to step into the lift when he noticed that the floor of the lift was not aligned with the pavement of the lobby floor.

According to Mr Chen, there was about a 15cm height difference between the lobby and the lift floor.

He was not paying attention and tripped.

“Lucky I held onto railings.

“The next day I boarded the lift on the 7th floor but ran into problems again.

“After the lift doors shut, within a second or soon, the lift suddenly went from the 7th floor to somewhere between the 4th and 5th floor.

“I lost my balance and fell on the floor.

“I hadn’t got the time to regain balance when the lift started jerking up violently twice.

“After a while, the lift returned to normal again.”

After alighting from the lift, Mr Chen felt pain on his right shoulder and suffered a swollen right ankle.

Passersby at the void deck realised that something was amiss and wanted to call an ambulance, but Mr Chen said he was badly hurt and chose to go back home to recuperate instead.

“This lift often malfunctions and the doors can’t close properly.

“Not long ago, it underwent maintenance for almost two weeks, and only resumed operations on Jan 14. I never thought it’ll malfunction again after being repaired.

“This time, it seems even worse than before.”

Related Stories
Man breaks into faulty Geylang Bahru lift to save 3 trapped residents
Hot topic of the week: Yishun resident stunned by cow at lift landing: Here's likely why it was there
Residents frustrated because lifts at 296C Bukit Batok keep breaking down in the past 3 months
More About:
lift
malfunction
injured