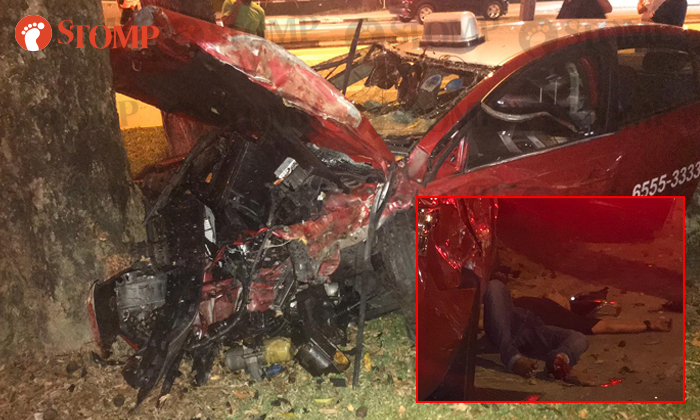 An accident involving an SMRT taxi and a Trans-Cab taxi along Corporation Road on early Friday morning (Dec 28) left one cabby injured.

In response to a Stomp query, the police said they were alerted to the accident, which occurred in the direction of Yung Ho Road, at 12.49am.

A police spokesman added: "One of the taxi drivers, a 55-year-old man, was conscious when conveyed to National University Hospital."

Stomp understands that he was injured in the ankle. The other cabby was not injured.

Stomper Mizan, a resident in the area, was at home when he heard a loud screeching from below his block. Realising that an accident had happened, he went downstairs with his daughter.

He told Stomp: "I brought along my handphone and dialled 995, but was told that someone had already called."

Photos that Mizan took show the two taxis, both of which were damaged, on the grass patch. 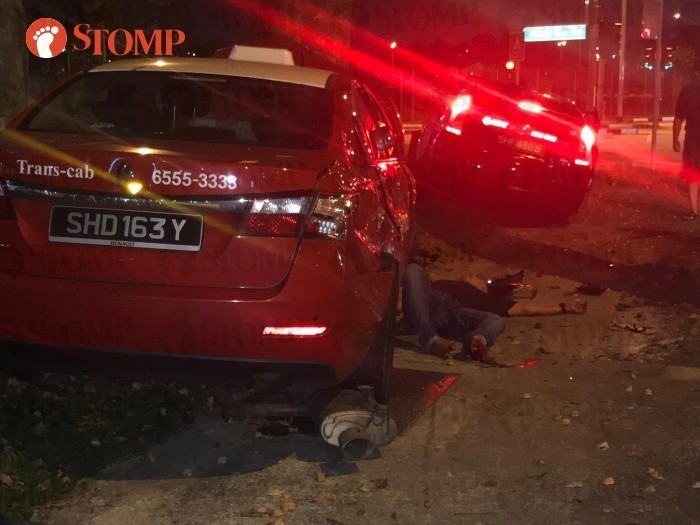 The front of the Trans-Cab taxi was badly mangled after having crashed into a tree and debris was strewn across the road.

A video filmed by Mizan shows a man lying injured beside the Trans-Cab taxi and writhing in pain. His left foot can be seen bleeding.

Said the Stomper: "The Trans-Cab driver was lying on the ground. I saw that the SMRT driver was sitting inside his taxi." 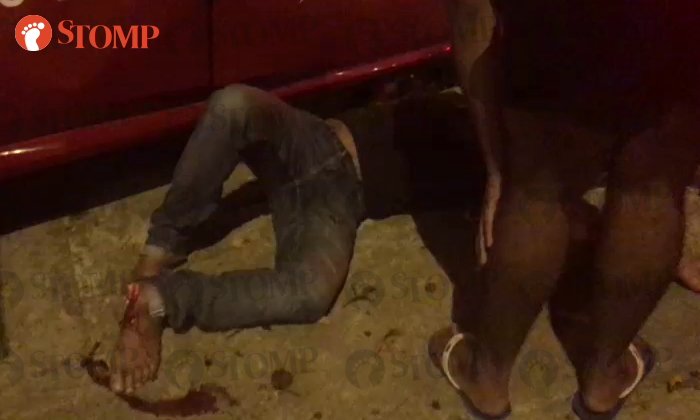 A second video shows an ambulance at the scene and paramedics attending to the man.

Stomp understands that the injured driver had been travelling on the left of two lanes along Corporation Road, when the other cabby overtook him from the right.

The first driver could not stop in time and collided with the other cabby.

The impact of the crash caused both vehicles to mount the kerb and end up on the pavement.

Stomp has reached out to Trans-Cab and SMRT for comment.