Cabby who side-swiped Toyota that cut into his lane 'clearly at fault': ComfortDelGro 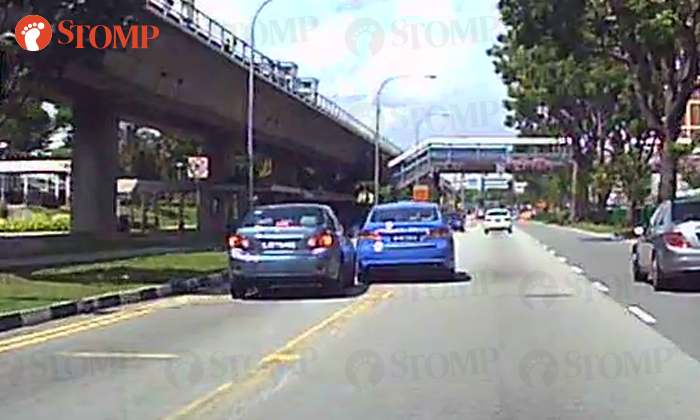 A taxi driver was caught on camera appearing to hit a Toyota in retaliation for cutting into his lane along Yishun Avenue 2.

Stomper Kumar witnessed the incident, which occurred on Nov 22 at around 2.20pm, and contributed dashcam footage to Stomp.

He said: "A ComfortDelGro taxi driver caused an accident on purpose, just because a Toyota Altis cut into his lane."

Kumar's video shows how the Toyota driver was travelling on the middle lane.

He then gave a signal and attempted to filter into the leftmost lane, but was unsuccessful and let a white car pass instead.

His second attempt was successful, with him cutting in before the taxi.

This led the cabby to enter the middle lane, catch up with the Toyota driver, and side-swipe the latter.

Both vehicles then seemed to slow down, though it is unclear what happened after the video.

"We have been alerted to the incident and have started investigations.

"We do not tolerate road rage and will not hesitate to take action against drivers found guilty of such brutish and unsafe behaviour.

"Based on the video that has been circulating online, the cabby looks to be clearly at fault.

"We would like to also apologise to the driver of the private vehicle for the distress that has been caused."