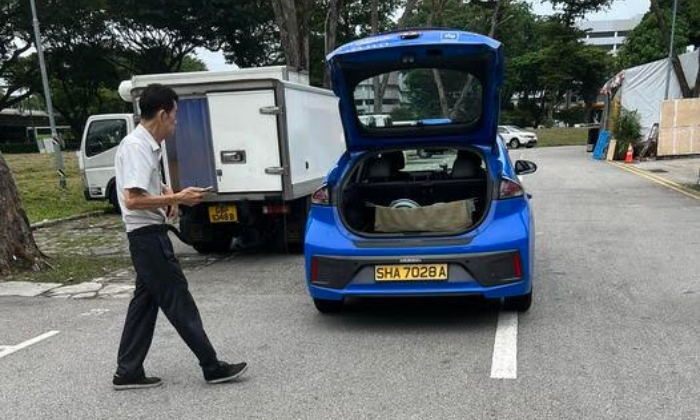 Sometimes what you think you see is not what you actually see.

A Facebook user alleged that a Comfort taxi driver pulled out a "knife" to "threaten" a delivery man, but ComfortDelGro said that the cabby was actually holding a pen and he has made a police report about the incident.

A photo of the taxi driver supposedly holding a "knife" and walking towards a blue taxi with its boot opened was uploaded to Facebook on Sept 26.

The person who posted the photo wrote: "Please avoid this taxi driver. He had a conflict with a delivery man and took out a small knife to threaten the man. I didn’t have my phone with me at the time of the argument but quite a few people witnessed it.

"Why did the driver bring the knife along with him though? Cut fruits ah?

"Thankfully, the delivery man was fine, and I hope he makes a report on him."

In response to a Stomp query, ComfortDelGro said: "We view the allegation seriously and had immediately launched an investigation into the matter.

"Contrary to what the Facebook user had posted, our cabby was actually holding a pen and not a knife as alleged, to jot down the details of the van driver who had broken the right taxi door handle during the dispute.

"We have also viewed the in-vehicle camera footage to confirm that was the case.

"We have advised our cabby to report the incident to the police instead. He has done so and we will be assisting him the best we can."

The original Facebook post has since been removed, but the photo and original allegation remain on several social media pages.