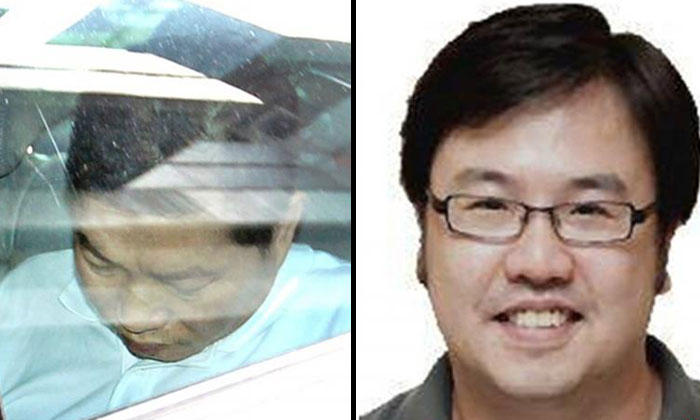 A Singaporean businessman who had been sentenced to life imprisonment for the murder of his wife’s former lover was sentenced to hang on Wednesday (June 27) after the apex court overturned its previous decision made in July 2017.

This comes after an appeal for the death penalty by the prosecutors, reports The Straits Times and Lianhe Wanbao.

The victim was then forced into a van and viciously assaulted. This eventually led to the victim’s death.

The court said that the assault on the victim was "undeniably vicious and brutal”, and almost every facial bone was left fractured.

Blood was also found on the ceiling, rear door and side of the van where the assault took place.

The victim’s body was then abandoned at a live-firing area located in Lim Chu Kang.

A three-judge Court of Appeal said that Chia’s actions "exhibited such viciousness and such a blatant disregard for the life of the deceased, and are so grievous an affront to humanity and so abhorrent that the death penalty is the appropriate, indeed the only adequate sentence”.

Chia had two accomplices to help him carry out his plans.

The first was a 35-year-old Indonesian, Febri Irwansyah Djatmiko, who fled the country after the incident.

The second accomplice was 67-year-old Chua Leong Aik, who drove the van, and is currently serving a five-year term.

The court also explained why it had chosen to impose the death sentence, citing that Chia was the mastermind behind the plot to exact revenge on the victim who had an affair with his wife.

Although defence lawyers argued that the fatal blows had been inflicted by Febri, the court rebuked that he had been acting under Chia’s instructions.

“One who hires an assassin to kill another or who otherwise controls a killer, cannot be less culpable than the one who does the killing.”

The court pointed out that Chia not only did nothing to stop Febri from attacking the victim, he also participated in the assault.

Furthermore, Chia showed a high degree of planning and premeditation.

This includes familiarising himself with the victim’s routes, the recruitment of accomplices, the procuring of a van for transport, as well as deciding where to dispose of the victim’s body.

After disposing of the victim’s body, Chia left for a holiday in Malaysia with his wife and daughters. Using the holiday as an excuse, he managed to get Febri out of Singapore.

Statements that were taken from Chua also painted Chia as someone who wanted the victim to suffer as much as possible.

“The only regret that Chia ever expressed was that the deceased had died before he could cause the deceased even more suffering,” said the court.