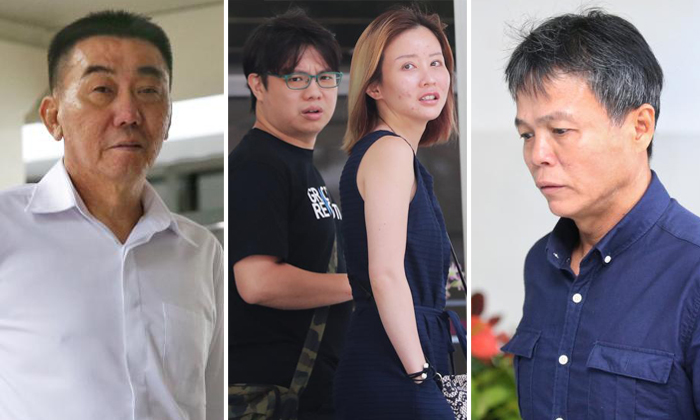 Shaffiq Alkhatib
The Straits Times
May 21, 2019

Unhappy that his mistress of almost two years had taken another lover, a married businessman ordered his rival to be attacked, leaving the victim with a scar that is likely to be permanent.

For ordering the attack, Lim Hong Liang, 55, was sentenced on Tuesday (May 21) to six years' jail.

The judge also found a middleman linked to the attack - mover Ong Hock Chye, 48 - guilty of a similar offence. He was sentenced to 5½ years' jail and six strokes of the cane.

Lim, a married man with three children, was smitten with Ms Audrey Chen Ying Fang, 27, after they met in 2014. She won the Miss Mermaid beauty pageant two years later.

He gave her a job at SNL Logistics, the Singapore-based firm he owns, as an administrative executive, for which she was paid about $2,000 a month. However, the court heard that she did not have to turn up for work.

Lim lavished gifts on her. A white Mercedes-Benz he gave her carried the plate 1991, her birth year. She also used his credit cards to pay for her expenses.

He also allowed her to live rent-free in a unit he owned at The Parc condominium in West Coast Walk, renovating it to her preferred Hello Kitty theme.

In their submissions, Deputy Public Prosecutors Tan Wen Hsien and Stephanie Koh said: "In return, Lim expected her to be faithful to him, and not to 'fool around outside'".

But in March 2016, Ms Chen started dating Mr Koh and announced their relationship on social media, which Lim later found out about. 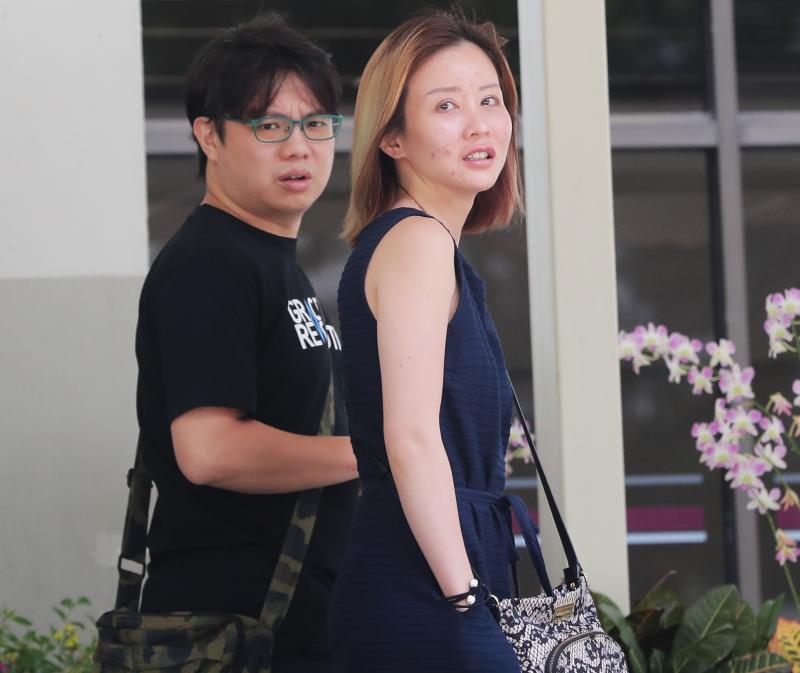 (Banquet waiter Joshua Koh Kian Yong (above) was attacked under the orders of Lim Hong Liang. Photo: The Straits Times)

On April 8, Lim's older son, whose name was not stated in court documents, as well as his nephew, Ron Lim De Mai, 26, turned up at the condominium. Ron Lim rained blows on Mr Koh, fracturing his nose.

According to court documents, Lim wanted his nephew to "teach Joshua a lesson" and it was Ron Lim who later roped in Ong to recruit others to carry out the task. Lim paid $5,000 to the hitmen to scar Mr Koh.

On April 30, 2016, Ms Chen and Mr Koh were having supper at Huay Kwang Thai Kitchen in Townshend Road near Little India when he was ambushed by a group of men.

He was punched in the head and, as he tried to run, was slashed with a penknife on his arm and face.

Ms Chen told the court that she saw a gaping wound on Mr Koh's mouth. The scar it has left behind is likely to be permanent.

The slasher - Nur Muhammad Irwan Mohd Ngat, 30 - and the others involved in the attack have been dealt with in court. They included former technician Mohammad Amin Aman, 47; Juhari Ab Karim, 34; and Ron Lim. They were each sentenced to between 15 months and 14½ years' jail.

Of these four men, only Juhari, who had punched Mr Koh but did not slash him, was spared the cane.

Irwan's fiancee at the time, Nur Atika Fauziana Sherhan, 22, was also linked to the attack, and was sentenced to reformative training.

On Tuesday, the court heard that Lim and Ong intend to appeal against the ruling. Lim was offered bail of $10,000 while Ong's bail was set at $30,000.

Offenders convicted of causing grievous hurt with a weapon can be jailed for life or jailed for up to 15 years with a fine or caning. Lim cannot be caned, as he is over 50 years old.

Related Stories
A businessman, his Miss Mermaid 2016 mistress and her lover, caught in love triangle ending in violence
Hitman slashing trial: Beauty queen still living with victim -- who's not in contact with his Thai wife
Two-timing beauty queen agreed to move into condo with married man as it was Hello Kitty-Themed
Two-timing beauty queen's BF slashed by 'hitman' who allegedly said: "I was sent here to kill you"
More About:
assault
attack
violent
court
dating
beauty queen