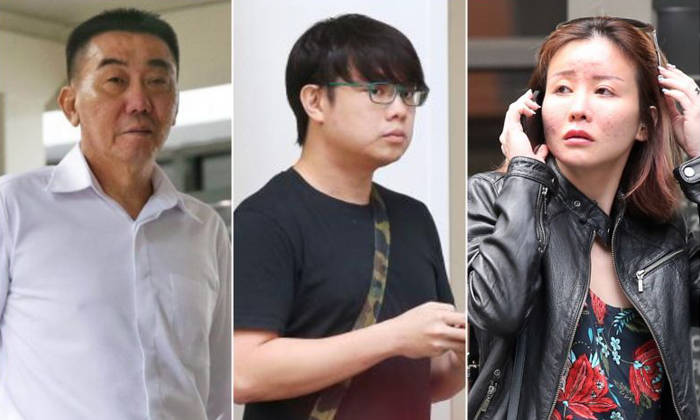 A man who was to be retried in court for masterminding an attack against his mistress' boyfriend has been issued a conditional warning instead.

Businessman Lim Hong Liang, 57, had in 2019 been sentenced to six years' jail for engaging in a conspiracy to voluntarily cause grievous hurt to Mr Joshua Koh Kian Yong, 36.

He appealed against the conviction and sentence. During the appeal hearing last year, it surfaced that a police statement had been withheld by prosecutors during Lim's district court trial in 2018.

The High Court in February this year then ordered a retrial for Lim.

However, the charge was withdrawn and Lim was given a discharge not amounting to an acquittal on Wednesday (July 14), a spokesman for the Attorney-General's Chambers (AGC) told The Straits Times.

"In preparing for the retrial, the prosecution reviewed the available evidence and decided to discontinue the criminal proceedings against Lim, and to administer a conditional warning to him instead," said the AGC spokesman.

"These conditions include Lim not re-offending within a 36-month period, as well as compensating the victim for his medical costs and the pain and suffering for his injuries."

The charge against Lim may be revived if he breaches any of these conditions.

Lim was accused of paying a middleman, Ong Hock Chye, to recruit thugs to attack Mr Koh in April 2016.

Lim, a married man with three children, had provided for Ms Chen financially from late 2014 till May 2017. She won the inaugural Miss Mermaid pageant in 2016.

Mr Koh was later attacked on April 30 by hired thugs, who slashed his face with a penknife.

His attackers have all been dealt with.

Ron Lim, who was sentenced in 2018 to three years' jail and four strokes of the cane, said that after the first assault, his uncle called him to look for someone to break Mr Koh's limbs because the victim was still seeing Ms Chen.

Ron Lim said he was at Ong's flat when his uncle called him. He said Ong took over the phone from him and told Lim that he knew people who would do the job.

Ron Lim said a person named Mr Edwin Cheong was also present and would be able to corroborate his testimony.

During the appeal proceedings, in response to the defence's application, the prosecution disclosed a police statement made by Mr Cheong. This statement had not been presented during the first trial, nor Mr Cheong called as a witness.

During the appeal, Justice Aedit Abdullah found that there were contradictions between Mr Cheong's statement and the court testimony given by Ron Lim who was "the essential link between the persons committing the actual assault and Lim", said the AGC spokesman.

Justice Aedit in February ordered a retrial at the State Court was needed to determine whether Lim's conviction was safe.

The prosecution on Wednesday then decided to give Lim a discharge not amounting to an acquittal.

Related Stories
Businessman gets 6 years' jail for paying hitmen to attack lover of beauty queen mistress
A businessman, his Miss Mermaid 2016 mistress and her lover, caught in love triangle ending in violence
Hitman slashing trial: Beauty queen still living with victim -- who's not in contact with his Thai wife
Two-timing beauty queen agreed to move into condo with married man as it was Hello Kitty-Themed
Two-timing beauty queen's BF slashed by 'hitman' who allegedly said: "I was sent here to kill you"
Man slashed in the face over rivalry for woman's love near Little India eatery
More About:
assault
attack
violent
court