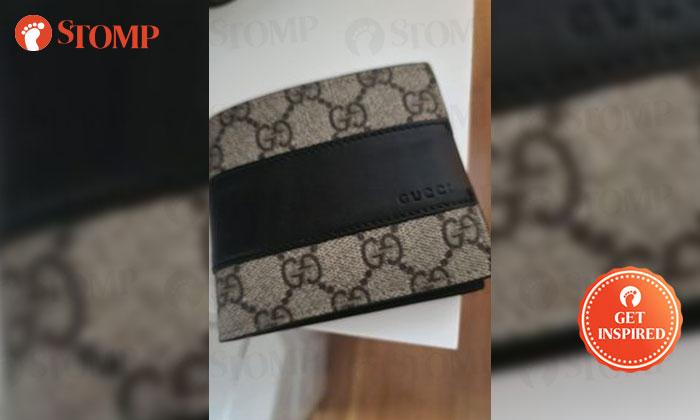 An SBS Transit bus captain found and returned a Gucci wallet containing over $700 that was left on his bus in the early hours of Aug 5.

Stomper Jane shared with Stomp that her son had just returned to Singapore from Korea where he was on a summer holiday with his girlfriend.

"He probably took the last bus as it was past midnight when he alighted near Upper Paya Lebar and later found out he lost his wallet once he reached home at Bartley," she said.

"The driver of bus service 70A must have checked the whole bus before he knocked off for that night and handed it over to the lost and found counter at Yio Chu Kang Bus Interchange as that was where my son got his wallet from when he went there the next day.

"He and his girlfriend were so glad, happy, and pleasantly surprised that they forgot to ask who the bus driver was."

Jane added that the contents of her son's wallet were untouched, including more than $700 in cash, a Korean student pass, his Singapore identity card and credit cards.

"I would like to make this public appreciation note to officially thank Mr Bus Driver of 70A," she said.

"Your gracious and thoughtful gesture is greatly appreciated as they are both students and work hard to save their money for a holiday.

"Thank you very much and God bless you and your family!

"The world is a better place with people like you!"