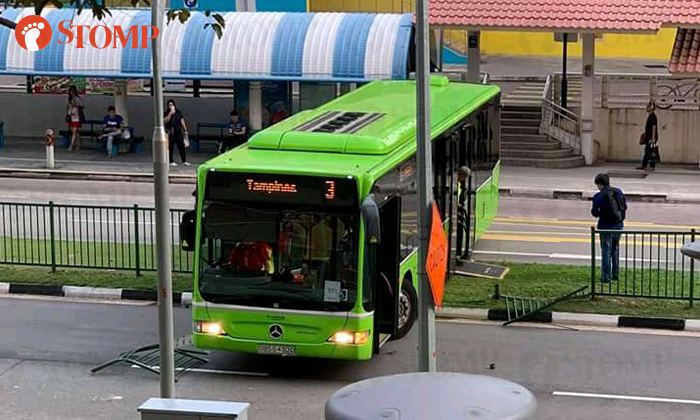 A Go-Ahead bus crashed through the railing of a central road divider along Pasir Ris Drive 1 on Sunday morning (Nov 10).

In response to a Stomp query, the police said they were alerted to the bus accident at 7.31am.

Stomp understands that the accident occurred after the bus experienced a technical malfunction involving its brake.

Debris from the railing can also be seen lying on the road.

Stomper Danial said: "There was a loud crash.

"Lanes in both directions of the road were blocked and vehicles had to squeeze through in order to go past.

"The police and Singapore Civil Defence Force both arrived at the scene and helped to clear the diesel on the road." 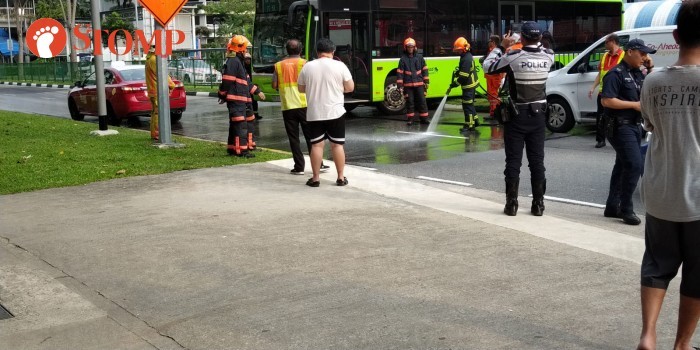 Stomper Wani added: "Diesel leaked all over the road but no one was hurt."

Responding to a Stomp query, a spokesman for Go Ahead-Singapore said it is "undertaking an urgent investigation" following the incident.

The spokesman told Stomp: "All commuters on board and our bus captain alighted safely from the vehicle after the incident and we are currently working to establish the cause."