Car 'shoots out' from road, causing double-decker bus to crash into railing and fence 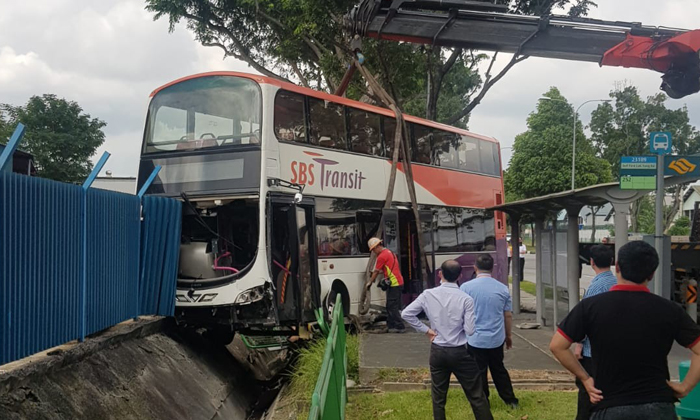 An SBS Transit bus and a car were involved in an accident at the junction of International Road and Kian Teck Avenue on Friday (Jan 31).

The police were alerted to the accident at 9.57am, they told Stomp in response to queries.

In a photo and a video that have been circulating online, the double-decker bus can be seen behind a bus stop after crashing through a railing and metal fencing.

An electrical box appears to have been crushed in the accident and a shattered glass panel can be seen lying on the pavement.

Ms Tammy Tan, senior vice president of corporate communications at SBS Transit, told Stomp that one of its off-service buses had been travelling along International Road "when a car suddenly shot out from a minor road".

As a result, the car collided with the straight-travelling bus.

Ms Tan added: "Thankfully, neither the bus captain nor the driver of the car was injured."