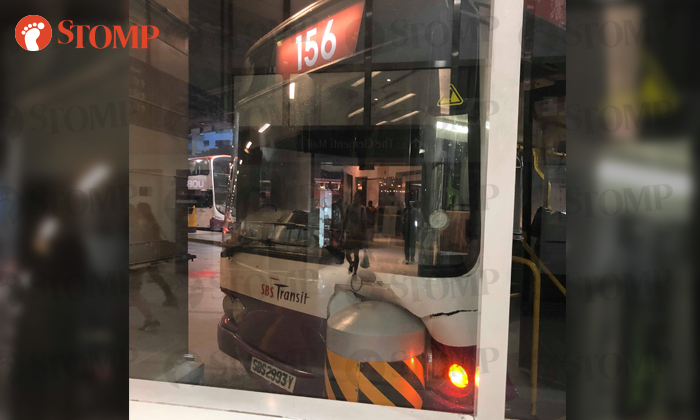 A bus crashed into a bollard at Clementi Bus Interchange on Monday evening (May 13).

Stomper JL said she was at The Clementi Mall, which is linked to the interchange, at around 7.15pm when she heard a loud noise.

She told Stomp: "There was a loud thump and I felt a vibration on the ground.

JL then walked towards the source of the sound and realised that there was an accident involving SBS Transit bus service 156.

She added: "There were no passengers on the bus and I saw only the driver on board.

"He then came down to see what happened, and reversed after 30 minutes."

Photos taken by JL show the bus with its front bumper damaged. 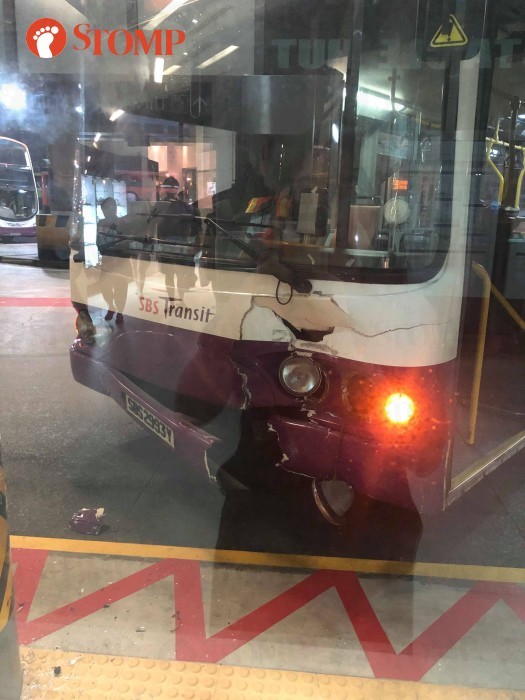 Responding to a Stomp query, SBS Transit's senior vice-president of corporate communications Tammy Tan said: "There were no passengers on board and no one was injured when it happened.

"Meanwhile, we are investigating the incident."