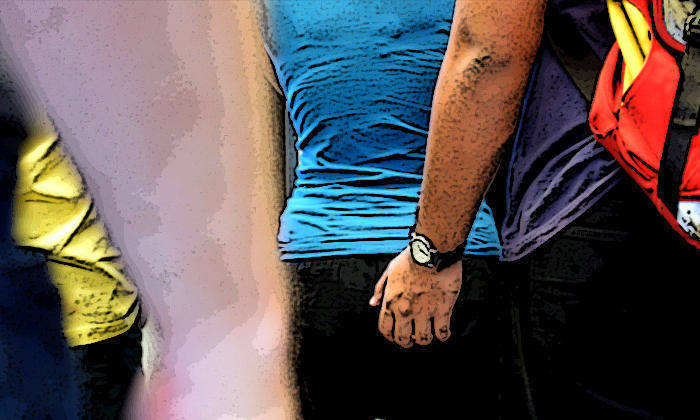 A Malaysian man molested a woman twice, once when she was boarding a bus, and then after she confronted him.

He even tried to grab a policeman's gun after being arrested.

In June this year, Mohd Tarmizi Mohd Rahami, 35, boarded a bus at a bus stop in Haig Road. He was behind his victim, 26.

Deputy Public Prosecutor Andre Chong said that as she was boarding the bus, Tarmizi used both his hands to squeeze her buttocks.

Outraged, she turned around and asked Tarmizi if he had touched her, and he apologised to her.

She followed him to the middle of the bus as she wanted to obtain his particulars. When she was facing him, he molested her again.

The victim informed the bus captain and a police report was lodged.

After being arrested, Tarmizi was taken to the police station.

To secure him to the railing of a bench, one side of his handcuffs was unlocked.

He then lunged at one of the officers and grabbed the butt of his gun. The officer turned his waist away from Tarmizi and, with the help of his colleagues, managed to restrain him as he shouted and struggled.

Yesterday, Tarmizi was sentenced to one year and five months' jail after pleading guilty to molest and using criminal force in an attempt to commit theft.

Related Stories
Man molested daughter, 12, and did it another 3 times after wife confronted him
Homeless man saw drunk couple sleeping at bus stop, moved woman away and sexually assaulted her
Man molested 6 girls by squeezing their thighs and buttocks at Hougang Swimming Complex
More About:
molest
arrest
Bus
court