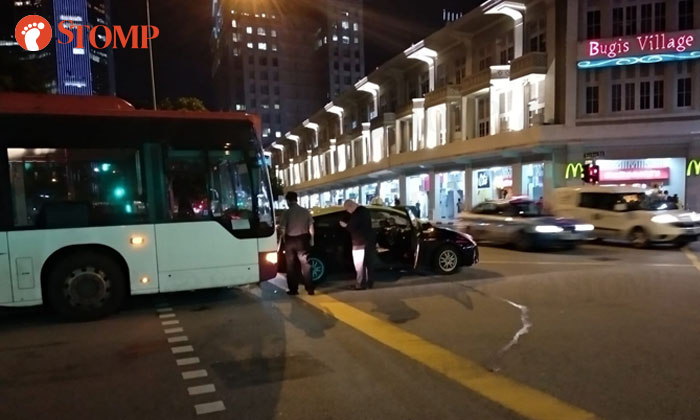 A bus and taxi were involved in an accident along Queen Street, near the Rochor Road junction, on Tuesday evening (Dec 18).

Stomper Gokul was walking by the area near Bugis Village when he saw an SBS Transit bus and a yellow-top taxi had stopped in the middle of the junction at about 7.30pm.

He shared photos he took at the scene that showed the taxi driver taking photos of the bus's licence plate number. 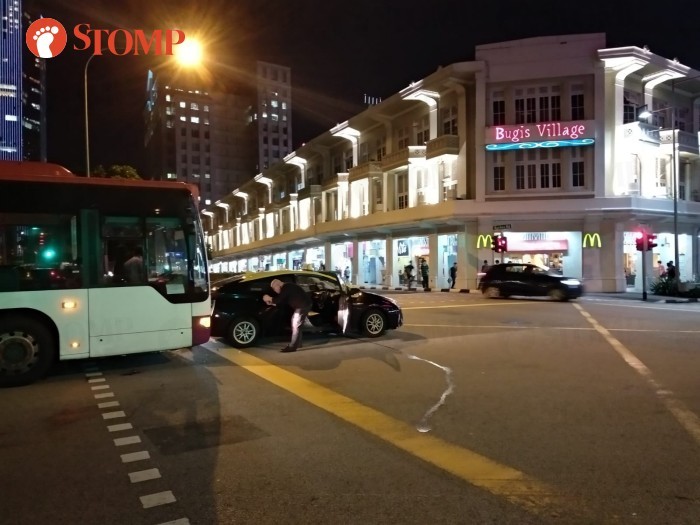 "The taxi driver and passenger looked very upset," he said.

"The two vehicles were stuck there for quite a while."

"We are thankful that no one was hurt in the accident and we are investigating the cause," she said.