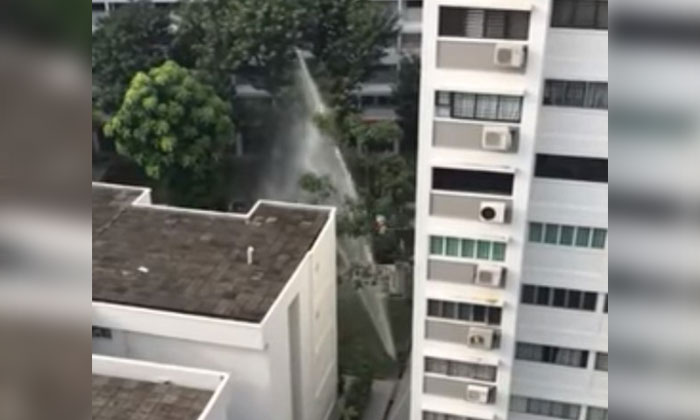 Several Stompers alerted us to what happened. Photos and videos they sent showed a waterspout that was 'more than three stories high'.

In the latest incident, water can also be seen shooting several metres into the air near blocks 222 and 223 in Bukit Batok Central.

The Public Utilities Board (PUB) told The Straits Times that it had received reports of the leak "on a water main on the turf area" near those blocks.

The burst pipe resembled a huge sprinkler based on a YouTube video of what happened.

Repair works were then carried out by the PUB.

The cause of the leak is under investigation and the PUB has assured residents that their water supply was not affected.