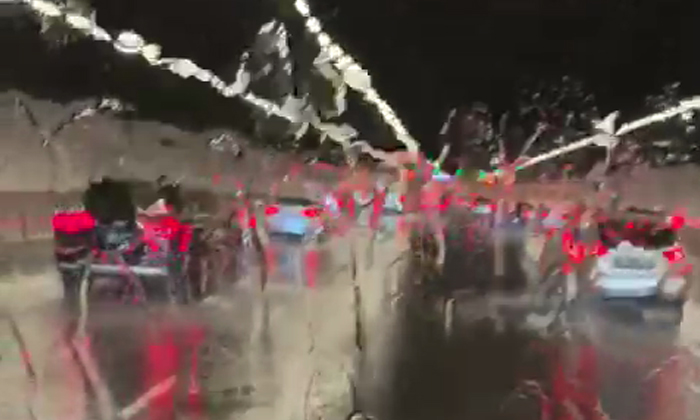 A technical fault caused tunnel fire sprinklers along the Marina Coastal Expressway (MCE) to be accidentally activated on Tuesday (March 19).

Several Stompers alerted Stomp to circulated videos of the incident, which show water raining down on motorists in the westbound tunnel.

In one video, a male voice can be heard saying "pipe burst" repeatedly and "burst, burst, record ah."

However, the Land Transport Authority (LTA) has since shot down rumours that it was a burst pipe which led to the incident.

"Fret not, it is neither a burst pipe nor seawater leakage," the LTA wrote in a Facebook post.

In fact, the water-based firefighting system was triggered due to a technical fault at around 7.10am.

The LTA added: "The fault has been rectified and there was no fire in the tunnel.

"Motorists are advised to exercise caution of wet road surface and drive with care. #KeepCalm and Umbrella On."