Burst pipe causes water to gush out along Jalan Selamat, PUB investigating cause of leak 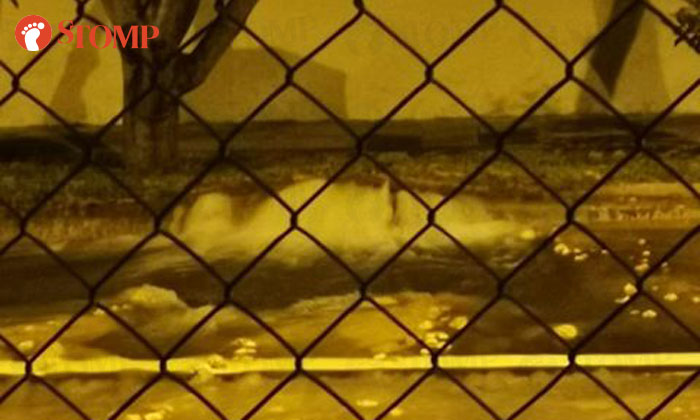 Singapore's water agency, PUB, told Stomp it is investigating a pipe leak that occurred at 52 Jalan Selamat in the early hours of Dec 29, 2019.

Stomper Kelly alerted Stomp to the leak and shared a video she took from her home.

She first saw water gushing from the side of the road at about 2.45am.

"It went on for about two to three hours, causing water to flood the street," she said.

"The water also pushed small stones onto the road.

"Officers arrived and borrowed our brooms to sweep the debris to the side to prevent any accidents from happening."

In response to a Stomp query, a PUB spokesman said they received a report of the pipe leak at 4.45am.

"PUB deployed our service crew to the site immediately," the spokesman said.

"The leak was subsequently isolated and repair works completed later that same day.

"Water supply to residents in the surrounding area was not affected.

"PUB is investigating the cause of the leak.