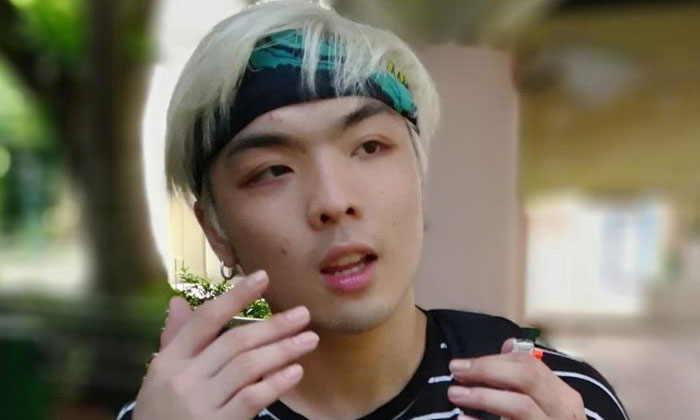 A Temasek Polytechnic student who was caught on video disrupting a lecture and getting involved in fights with two other students on Apr 19 has apologised for publicly humiliating his own mother in another video that has circulated online.

Aaron Lin Jun Jie, 21, otherwise known to netizens as "Bumblebee" for the yellow and black striped shirt he wore in the Temasek Poly video, streamed an apology on Instagram after an Instagram Story he had made mocking his mother for being a cleaner due to her lack of education started circulating.

In the video, Aaron's mother appeared to be reprimanding him.

She advised him that he can only prove his abilities by studying hard and that he would not be taken seriously based on appearances alone.

Upon hearing that, he retorted, "That's why you're a cleaner".

He said: "I hope to use this chance to apologise to everyone, including my mother. No matter what industry she is in, I should not have insulted her this way."

He added that if he had another chance, he would not make the same mistake again.

"I just want to let his matter rest," he said.

He told Lianhe Wanbao that he had uploaded the video of the spat he had with his mother to "earn money" and that his mother was aware of it.

He claimed to be an Internet celebrity and said he could earn money through livestreaming.

He hoped to show his influence and abilities through livestreaming.

"I feel that education does not represent everything," he said. "I got to where I am from ITE."

He said that heroes are made, not born, and that people should not look down on him just because he was from ITE.