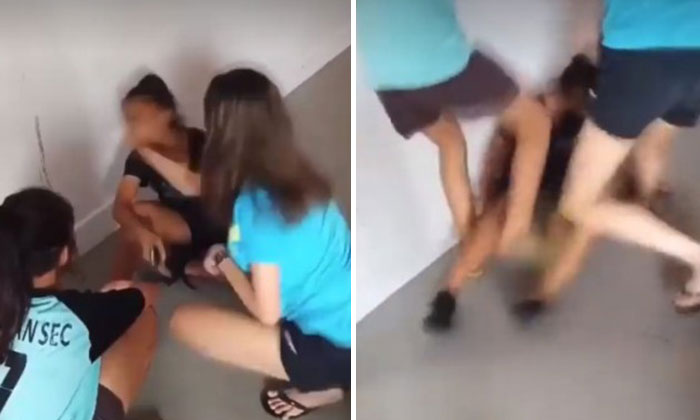 A video has been circulating on Facebook, showing two girls slapping and kicking another girl at a corridor.

The video, posted on Singapore Ink’s Facebook page, shows two girls -- one in a blue shirt, while the other sporting a physical education (PE) attire from Dunman Secondary School -- crouching near another girl in black.

The girl in blue is seen talking with the girl in black when she suddenly slaps the latter with the back of her right hand. 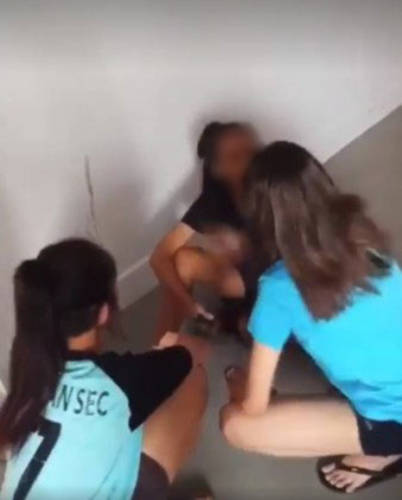 The slap lands squarely on the girl’s face, and the two are seen arguing.

The girl in black protests, but the two girls start kicking and stepping on her, only stopping after she falls to the ground.

Aside from the three girls, two others were also caught watching from the sideline as the assault continued, while another girl is believed to be responsible for filming the event.

According to Shin Min Daily News, the incident happened on February 15, 2018, and the victim, 15, lodged a police report after the video of the assault went viral online.

The assault may have been triggered by the victim speaking ill about one of the assailant’s family members, reports Shin Min Daily News.

The girl wearing the PE attire is understood to have already graduated and is not a student at the Dunman Secondary School.

The other girls ranging between 14 and 18 years old are also not affiliated with the school in any way.

In response to media queries, a police spokesman confirmed that a report was lodged, and investigations are ongoing.