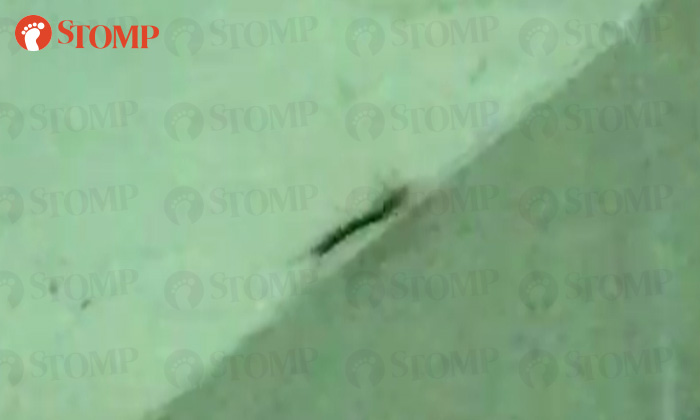 Stomper Rashid, a Bukit Panjang resident who lives on the fourth storey of Block 441, is troubled by the recent increase in centipedes appearing in his home.

According to Rashid, the centipede sightings started in May although it was not as often then.

Rashid also shared with Stomp two videos which he took last night, adding that there were "two centipedes in one night".

He said: "Back then in May, it was like two or three days I see one, or I don't even see any for a whole week.

"But recently, since July, I see at least one centipede a day, and they usually come out from the floor traps.

"The longest centipede I've seen is about 5cm."

Rashid told Stomp that his main worry is his children who are aged two and four.

"What if my kids get bitten?

"I've been advised to pour hot water down the floor traps but it doesn't seem to help much.

"Usually when I see a centipede, I just throw it away using a piece of tissue paper."