Bukit Batok bus collision: Bus driver arrested, most of those hospitalised have been discharged 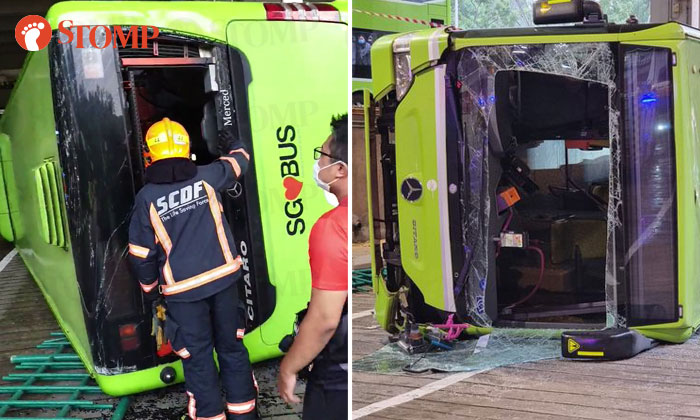 Most of the drivers and passengers hospitalised with injuries from the Bukit Batok bus accident have been discharged, Tower Transit said on Monday (July 12).

A 65-year-old male bus driver has been arrested for a rash act causing grievous hurt, police said on Monday. Police investigations are ongoing.

In response to queries from The Straits Times, the bus company’s spokesman said 11 have been discharged while four remain hospitalised.

Three drivers and 15 passengers were involved in the accident which left one bus on its side.

All the passengers were on the bus that flipped. The other bus was not carrying any passengers.

An SBS Transit bus driver, who was not on either of the buses, was also injured and taken to hospital.

Ms Tammy Tan, SBS Transit's senior vice-president of corporate communications, said he was standing on the pavement when he was hurt by one of the buses.

"He remains warded... We are in close contact with his family and are rendering all assistance," she said on Monday.

The accident is believed to have occurred when the bus without passengers was making a turn in the interchange. It collided with the second bus, which was entering the interchange, at around 5pm.

The second bus then smashed through a low fence and landed on its side on a ramp that serves as an entry and exit point for buses.

The Tower Transit spokesman said there was no service disruption and passengers were able to continue using a part of the interchange that was unaffected.

"Traffic flow within the interchange was back to normal after the accident vehicles were removed on late Sunday night," he added. 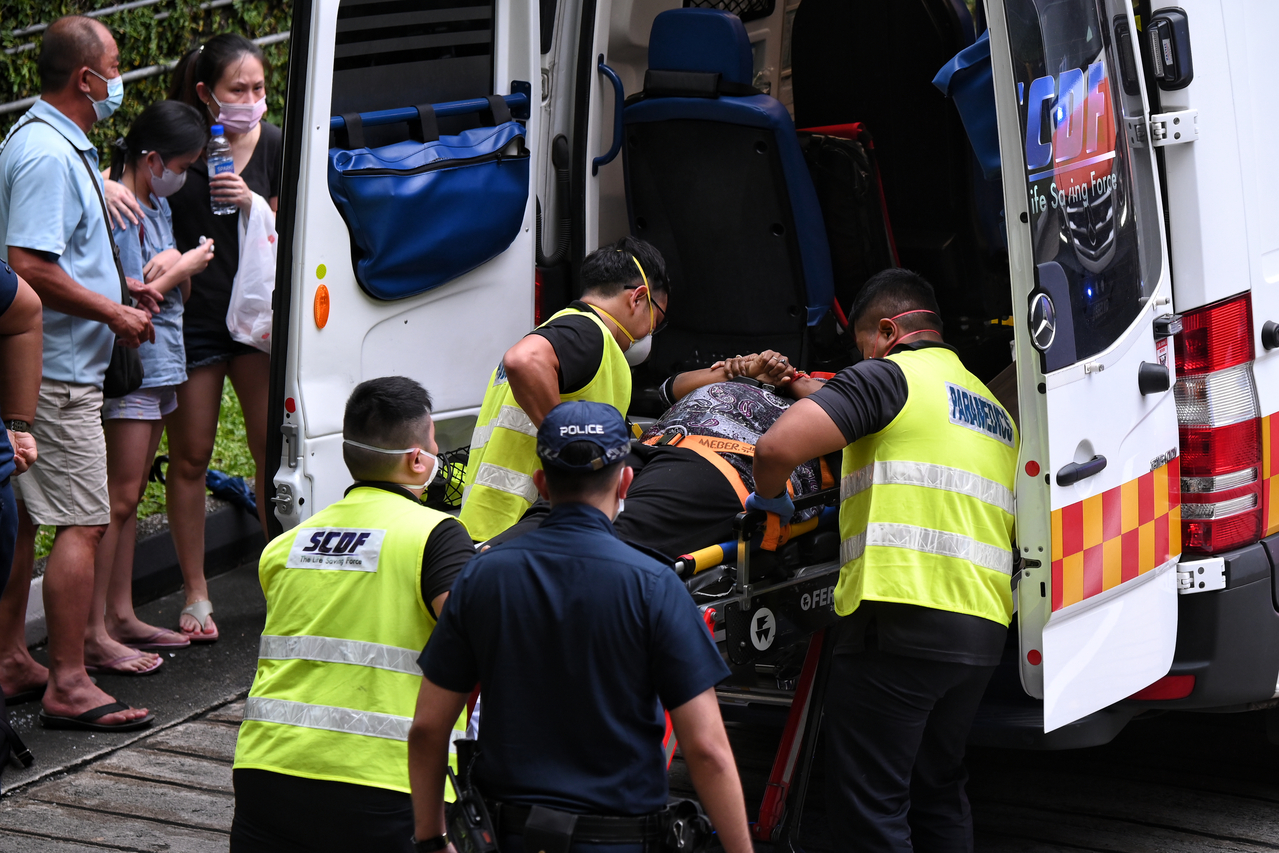 The spokesman said other passengers involved in the accident may reach the company on 1800-248-0950 or feedback@towertransit.sg, or visit its passenger service offices at Jurong East or Bukit Batok bus interchanges.

On Monday, a TTSH spokesman would say only that neither patient admitted to the hospital was in critical condition, though both were still receiving treatment.

The other two hospitals declined to comment, citing patient confidentiality.