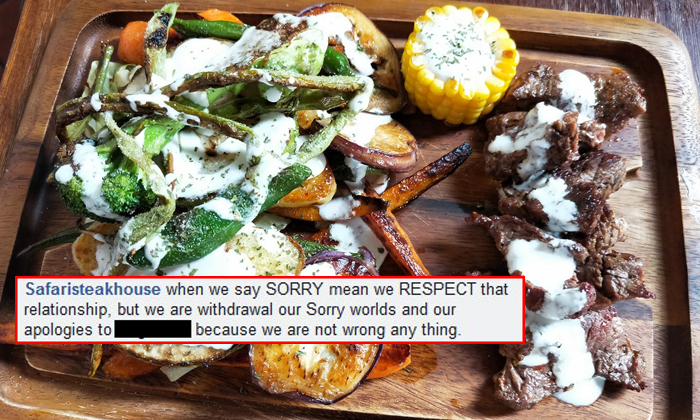 Food establishments get reviews from both ends of the spectrum all the time -- but this particular one escalated rather quickly.

It all began when a Facebook user left a negative review for Safaristeakhouse, also known as Reis Vip Steak House, located along 54 Bussorah Street in the Bugis area.

When contacted by Stomp, the female diner, who declined to be named, said that she had visited the restaurant with a friend. Their $120 meal consisted of:

In her Facebook post, the customer said that the beef combo was $59 while the salad was $17. She also described why she found the food to be subpar: 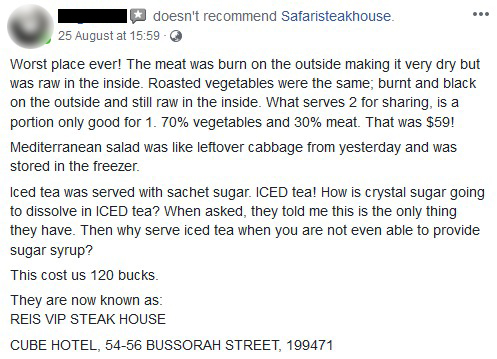 The restaurant responded to the customer's review:

Apologising, the restaurant said that the chef "is still in the apprenticeship phase" and invited the customer back for a main course, apparently as compensation.

However, that was not the end of the matter.

Both parties engaged in a back-and-forth conversation on the post: 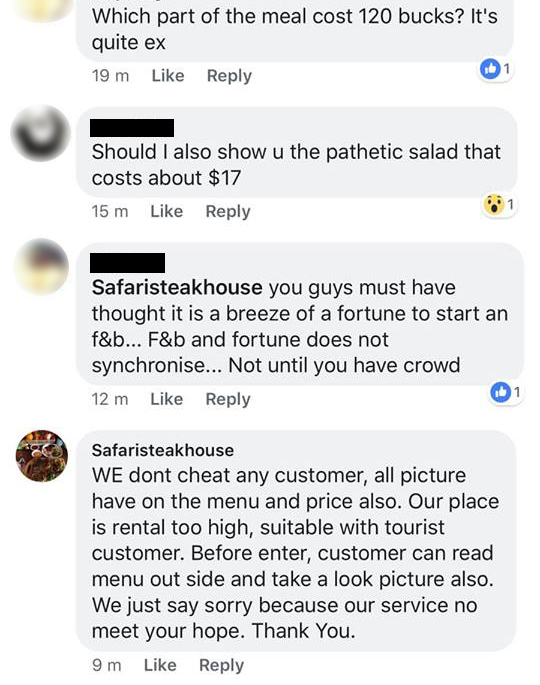 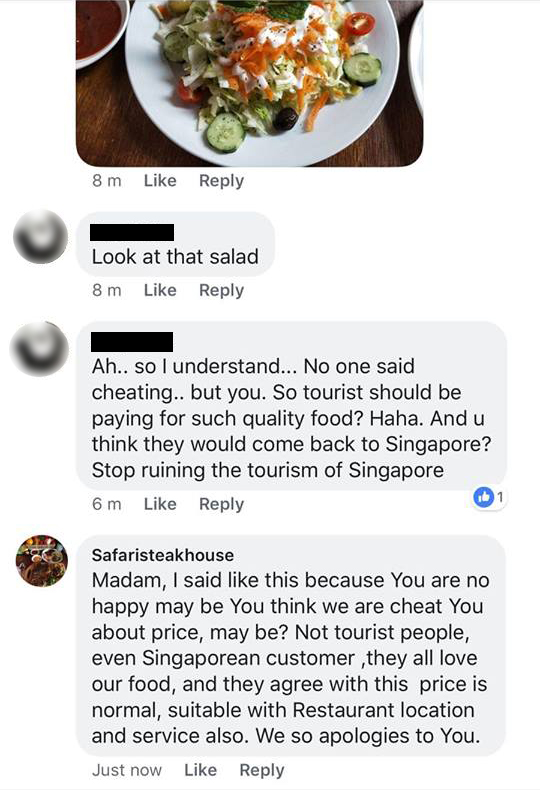 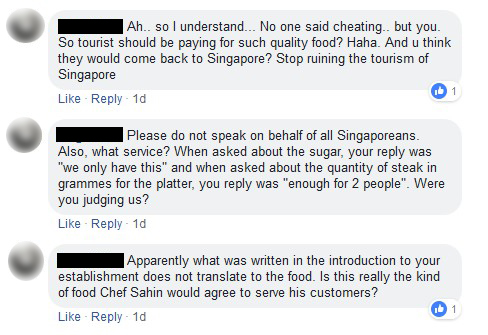 At this point, the restaurant deleted all of their earlier responses, including their apology and invitation to try another main course.

The customer told Stomp: "Just wanted you to know that there were comments that were deleted by the restaurant. I have some screenshots as my friends captured them."

Instead, the restaurant posted this: 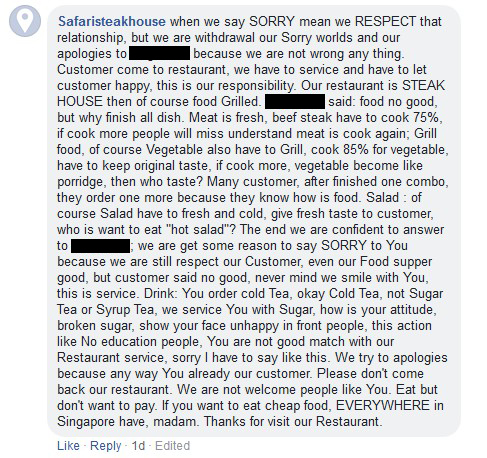 Declaring that they are "withdrawal" their "sorry" because they are "not wrong any thing", they also rebutted the complaints that the customer had about all three food items.

This prompted an even longer reply from the diner: 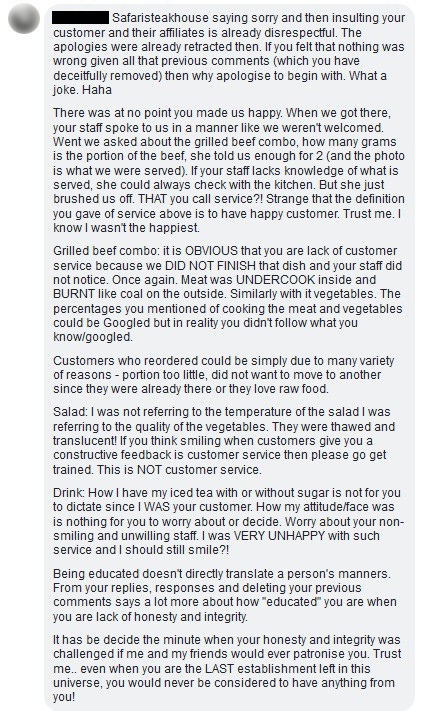 The final comment was made by the restaurant, who said that they removed their earlier responses as the customer did not accept their apology, "so no need to keep that comment".

Related Stories
Stickies Bar CEO who called customer 'bitch' after 1-star review responds to Stomp with video
Dessert shop responds to Stomp over online dispute with customer on Facebook
Law firm responds to "dogs**t" comment: They had a meltdown because of the word "pathetic"
More About:
food
restaurant
bad service
complaint