Bug found in coffee from Selegie cafe: 'I spat out what looked like bits of cockroach' 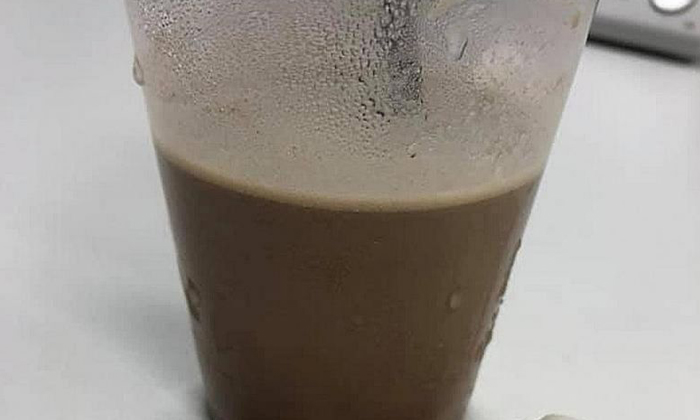 A quick coffee on Boxing Day quickly turned sour for a group of colleagues when they found "extra ingredients" in their beverages.

Mr Choo Jin Ting, 26, a content writer, was out with two coworkers for lunch yesterday when they decided to grab some drinks back to the office.

The trio each got a cup of iced mocha from Geisha Specialty Coffee at Selegie and left.

But as Mr Choo sipped his drink on the way back to the office, he noticed some sediment in the drink that had a strange texture.

"There were little bits of things in the drink, and I thought it was tea leaves or chocolate," he said.

"I was chewing it and trying to dissolve it in my mouth."

But Mr Choo soon realised the texture was too crunchy and spat some of it out.

"When I spat it out, I saw what looked like bits of cockroach," he said.

"But I didn't want to believe that it was."

It was only later when they all returned to the office that his colleague spat out a more intact specimen complete with wings, feelers and body.

His colleague then took a photo of the unidentified insect and all of them threw the remainder of their drinks away.

Geisha Specialty Coffee responded to a post of the photo on its Facebook page - which has since been removed - yesterday, apologising.

The reply added that this was the cafe's "first time" having such an incident, and that it "will not let this happen again".

Mr Choo said the cafe has also reached out to them to offer a refund, but the trio have not taken them up on the offer and will not be going back to the shop anytime soon.