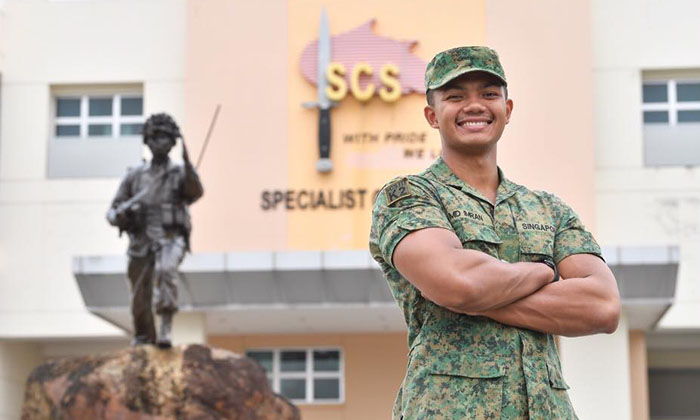 The NSF recruit who was pronounced a legend wasn't always this buff and fit. At the beginning of his journey at Pulau Tekong, his fitness standard wasn't there and he even fell sick on his first week.

23-year-old NSF Specialist Cadet Muhammad Imran Bin Azeman sparked conversation and meme-creation among netizens ever since a photo of him went viral on Facebook. 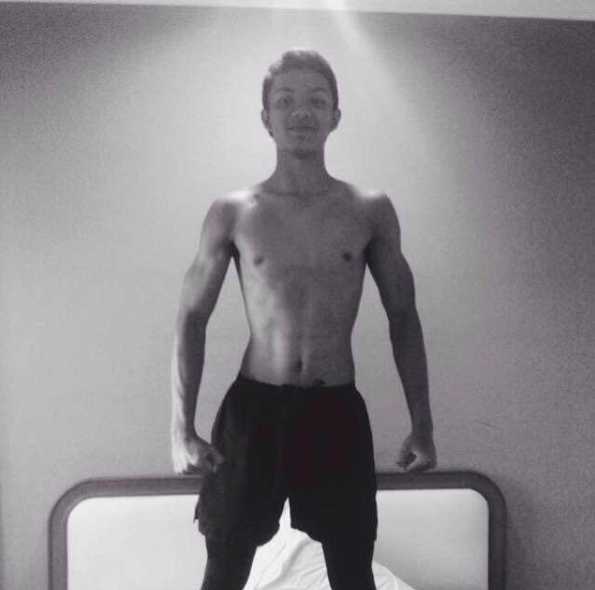 He got involved in rugby since he was 13 years old and only bulked up after starting on his Higher Nitec course in Sport Management.

At this time, Imran was hitting the gym about four to five times a week.

While it may look like he can push the earth down and pull it back up with each push up, Imran apparently struggled at the beginning of his journey at Pulau Tekong.

The legend's fitness standard was not there and he even had a fever in the first week.

He ultimately lost 10kg in three weeks, gave up on his favourite Double McSpicy burger and can show you how he manages 60 push ups in one minute.

Imran credits his family and his platoon commander for all the progress he has made.

His family would support him through text messages on WhatsApp, asking if he's safe and whether he's doing well. His brother even gave him some tips on how to excel during Basic Military Training.

His platoon commander, who was the one presenting the rifle to him in the viral photo, encouraged him by telling him to push himself and be fit.

Find out more about Imran through his interview with MINDEF.

Related Stories
Buff NSF recruit has no choice but to be a legend, thanks to this photo
Woman scolds Tay Ping Hui for shushing her in cinema: "Just because you're an actor, you think you can be arrogant?"
Man arrested after chasing another guy -- who was naked and hiding in car
More About:
SAF
mindef
viral
national service