Buff NSF recruit has no choice but to be a legend, thanks to this photo 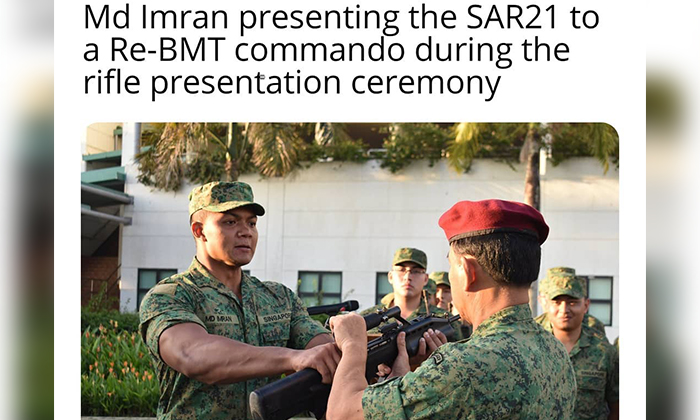 A buff NSF recruit has been pronounced a legend ever since a photo of him being presented with a rifle went viral.

The photo originated from an album uploaded by Basic Military Training Centre's (BMTC).

Based on their description, the album comprises of photos of recruits from BMTC Schools I, II, III and IV who received their SAR21 rifles at their respective Weapon Presentation Ceremonies.

The ceremony marks "a significant milestone in every recruit's journey from a civilian to a trained soldier".

Imran's photo is the only one that has garnered a three-digit reaction count, along with over 680 shares.

Netizens' comments here talked about how Imran is a weapon himself.

Memedef then published on Facebook a meme about Imran on Friday (Sep 6) and it has since garnered over 1,900 shares and over 1,600 reactions.

As he was a rugby player, Imran's physique and stature easily trump the officer.

Just look at the muscles on his forearm becoming more defined as he holds onto the rifle. 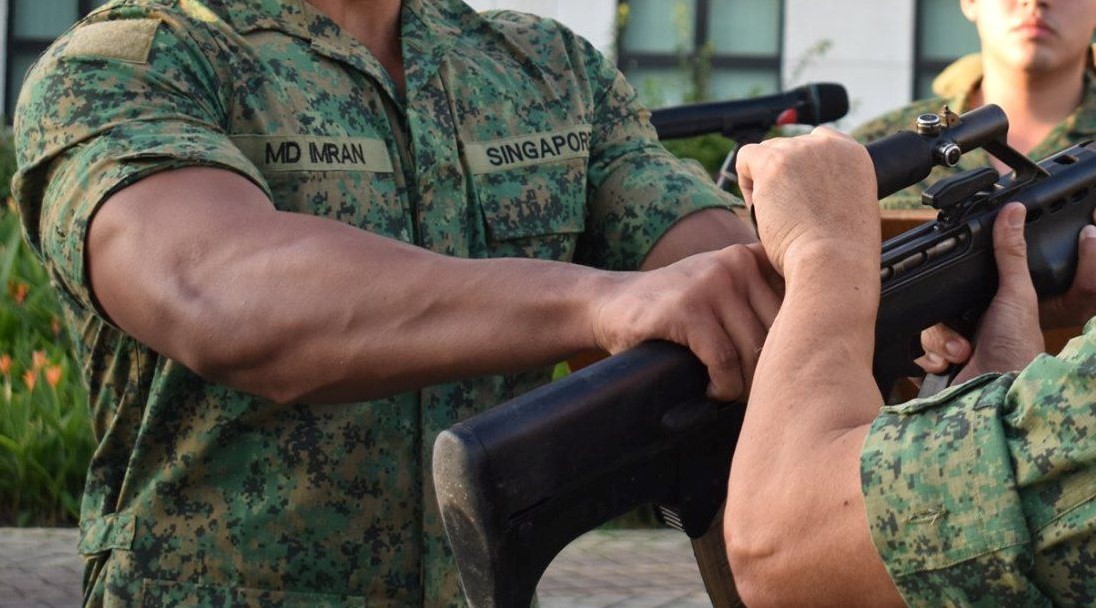 This other man in the background "knows what's about to happen" as the legend receives his rifle. 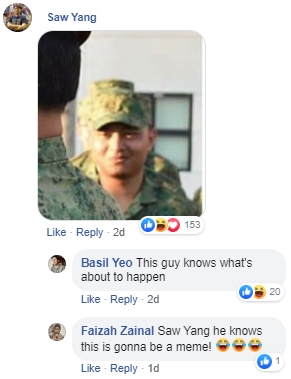 With Imran being so swole, we think the winning caption goes to this netizen.