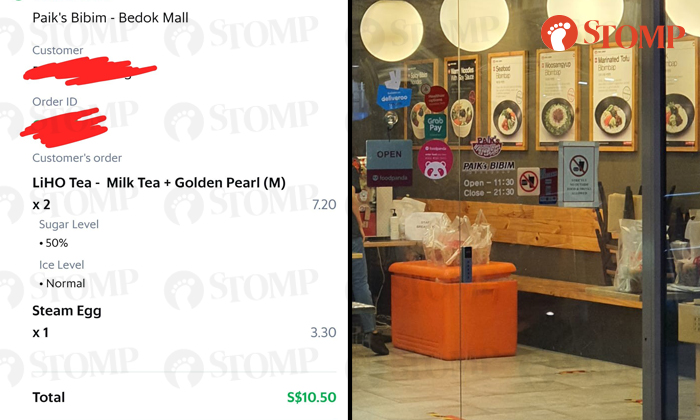 Craving bubble tea but unable to get your fix due to tightened Covid-19 circuit breaker measures? Fans have found a way around it.

The new circuit breaker measures, which were announced on April 21, include the closure of standalone F&B outlets that sell only beverages, packaged snacks, confectionery or desserts.

Crowds flocked to their beloved bubble tea stores on the same night for one last drink, leading to a surge in orders and one very infamous dispute.

Fans need not have worried, however. Popular bubble tea chains such as LiHO, Koi and Gong Cha have since partnered with selected F&B vendors to make their drinks available for delivery.

Stomper Anon, a food delivery rider, said that he still picks up numerous cups of bubble tea when collecting orders at certain restaurants.

In one instance on Saturday (Apr 25), a customer ordered two cups of LiHo's bubble tea and one steamed egg from Paik's Bibim restaurant at Bedok Mall. 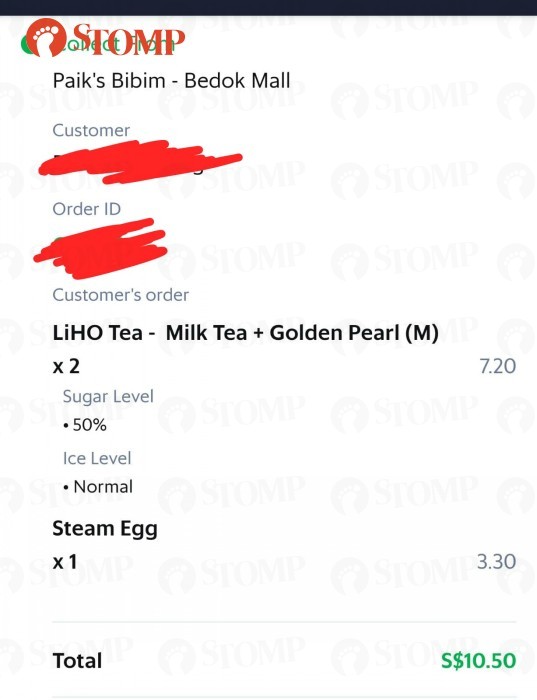 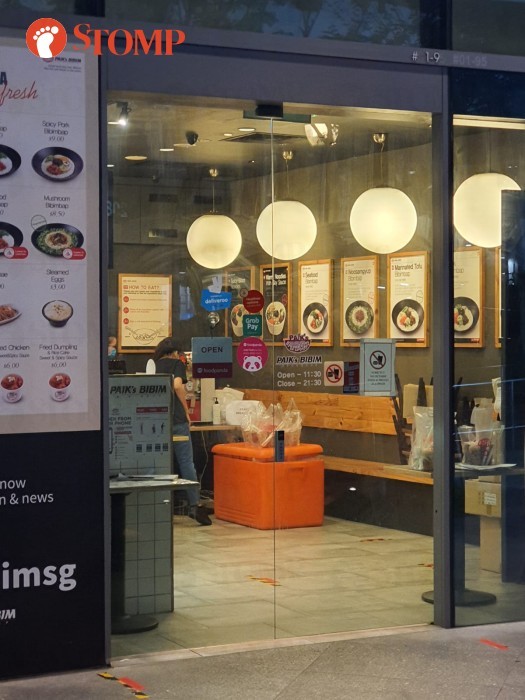 We doubt it was the steamed egg that the customer truly wanted.

Anon told Stomp: "Everyone is ordering so many cups of bubble tea. They just add one food item can already.

"If you look inside the restaurant, you can see the LiHo bubble tea machine."

"I don't know whether to be angry or sad."

Well, when's there a will, there's certainly a way.

Check out the posts below to find out where you can get bubble tea.