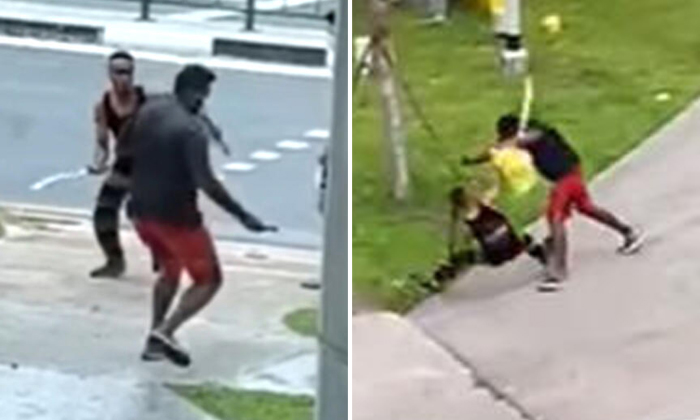 A man who used a samurai sword to slash a pedestrian and several cars near Buangkok Square mall was on Tuesday sentenced to 18 months’ jail and six strokes of the cane.

Fadhil Yusop, 38, used the sword to cut Mr Kumarapeli Arachchige Amila Chinthana three times on March 14, 2022. The victim suffered lacerations on his left arm and shoulder as a result.

Fadhil also used the weapon to hit passing cars at a traffic junction in front of the mall, damaging the vehicles.

In an earlier statement, the police said Fadhil had allegedly consumed some unknown pills before leaving his home with a sword.

He had a brief altercation with a few members of the public at the lift lobby of the Housing Board block where he resided.

He then jaywalked across the road and used his weapon to hit four passing cars, the court heard.

At the traffic junction in front of Buangkok Square mall, he swung the weapon at Mr Chinthana, who fought back and managed to pin Fadhil down.

Passers-by who saw the commotion rushed forward to restrain Fadhil until the police arrived.

During a raid of his house, the police found two packets of yellow pills.

Fadhil pleaded guilty on Tuesday to three charges, with two other charges taken into consideration in sentencing.