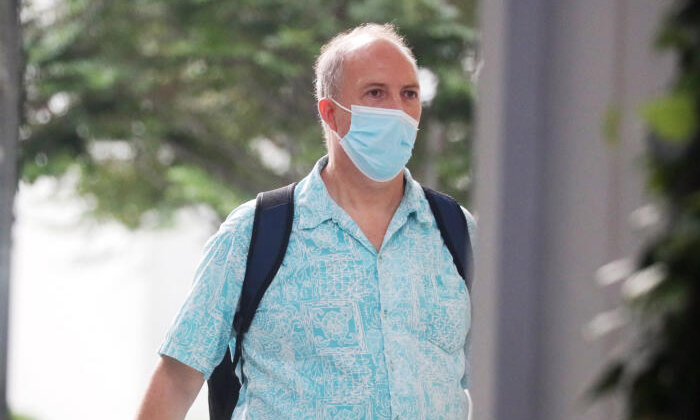 A Briton who allegedly failed to wear a mask in public on three occasions amid the pandemic has been charged in court with an offence under the Covid-19 (Temporary Measures) Act.

Philip Richard Mockridge, a Singapore permanent resident, is said to have committed the acts between November 2020 and May last year.

Mockridge allegedly failed to don a mask again at Serangoon MRT station at around 11pm on Dec 19 that year.

He purportedly did the same thing at City Square Mall in Kitchener Road, near Little India, at 8.47pm on May 16 last year.

Mockridge was seen wearing a mask as he arrived at the State Courts on Wednesday (Jan 19).

He later told the court that he intends to plead guilty to the charges and will not be engaging a lawyer.