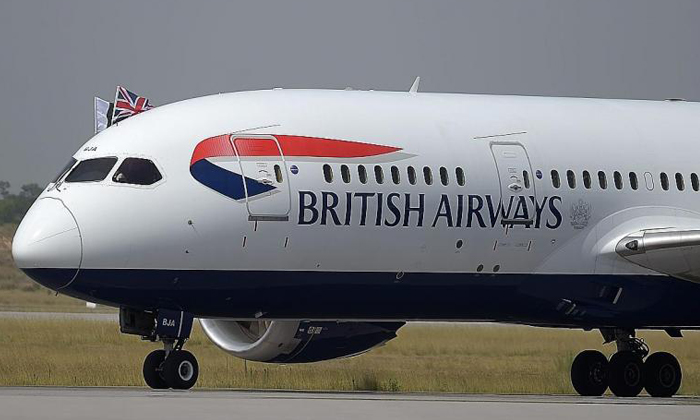 Three British Airways (BA) crew members have been suspended and could lose their jobs after they allegedly ran naked in a Singapore hotel.

The two men and a woman, who have been sent home, were part of a drinking session during a stopover here, The Sun reported on Thursday last week.

Quoting an inside source, the British news site said the cabin crew had smuggled alcohol from the plane to "have a good time" during their layover after a 14-hour flight from Heathrow Airport in London.

"There were some frisky crew members on this plane. There was snogging and stripping and fumbling between the crew members, who were all naked," the source alleged.

"It didn't take long for 'spin the bottle' to start - it is a drinking game with ludicrous and increasingly daring forfeits designed to get everyone steaming drunk."

While intoxicated, the trio accepted a dare to run naked up and down a corridor while knocking on the doors of other guests.

Among those disturbed by their antics was a BA official, who was said to have been "disgusted" and reported them to their bosses in London.

The Sun also quoted sources as saying officials at the Singapore hotel were fed up with the behaviour of the BA crew after allegations of sex assault and a staff member being thrown in a pool.

It is not known which hotel the BA crew were staying in.

When contacted by The New Paper, BA said in an e-mail: "We expect the highest standards of behaviour from our teams around the world at all times and we are investigating what happened.

"We do not tolerate unruly behaviour by colleagues and will always fully investigate claims and take whatever action is required."

Last year, BA cabin crew were linked to a case of outrage of modesty in a Singapore hotel.

British media reported that a crew member had allegedly raped an air stewardess while on a stopover here.

The incident allegedly occurred during "an off-duty drinks party", the Daily Mail reported. The incident was believed to have occurred at Hotel Jen Tanglin, The Straits Times reported.

A 46-year-old British man was subsequently arrested. The outcome of the case is not known.

Several British and international news sites have reported that Johannesburg, Las Vegas, Bangkok and Singapore are some of the cities where BA employees are notorious for their behaviour.

Cabin crew contacted by TNP said while drinking and room parties are fairly common among crew members, the behaviour of the three BA crew members was out of line but not entirely unheard of.

A crew member who has been in the industry for more than two decades said he has heard of incidents where crew members became intoxicated and behaved inappropriately.

Requesting anonymity, he added that there were cases where crew members found themselves in compromising or compromised positions, often of a sexual nature, but chose not to report them to avoid trouble.

Commenting on the behaviour of the BA trio, he said: "They have done something unacceptable and illegal, and must face the consequences even if they lose their jobs."

A former stewardess who wanted to be known only as Rachel said while sex and interactions of a sexual nature are not uncommon among crew members and pilots, they are usually not carried out in such a public and extreme manner.

She said: "(What the BA crew did) seems overboard, because wherever you go, you must be aware that you are representing your airline and your country."