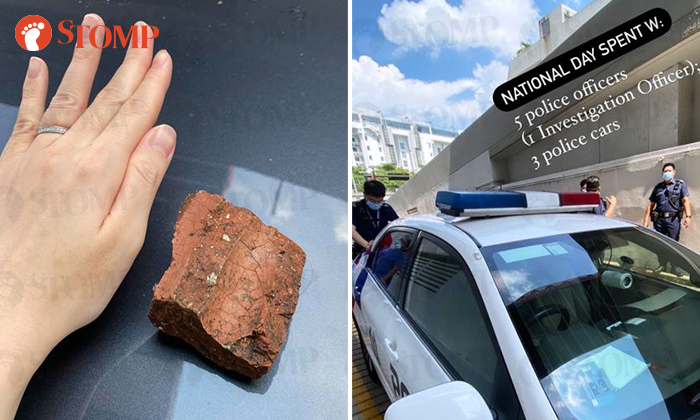 It was supposed to be a day of joy and celebration, but Stomper Lynn spent her National Day (Aug 9) with police officers after a harrowing encounter with killer litter.

Lynn and her husband were in their car, queuing to enter the carpark of Bukit Timah Plaza at around 2pm, when a brick struck their vehicle. 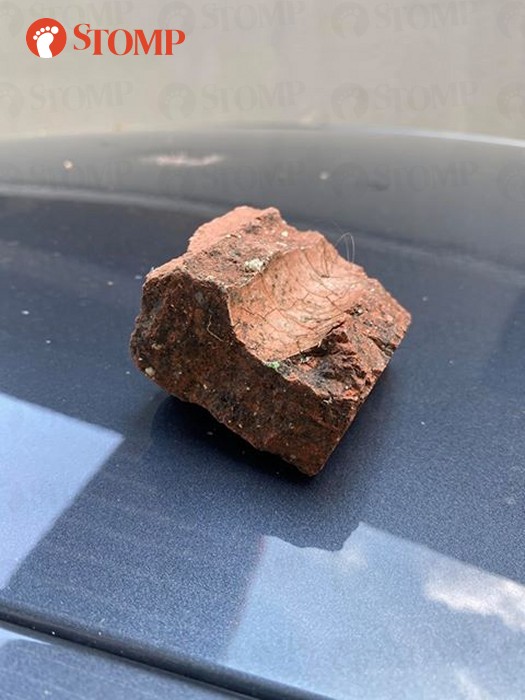 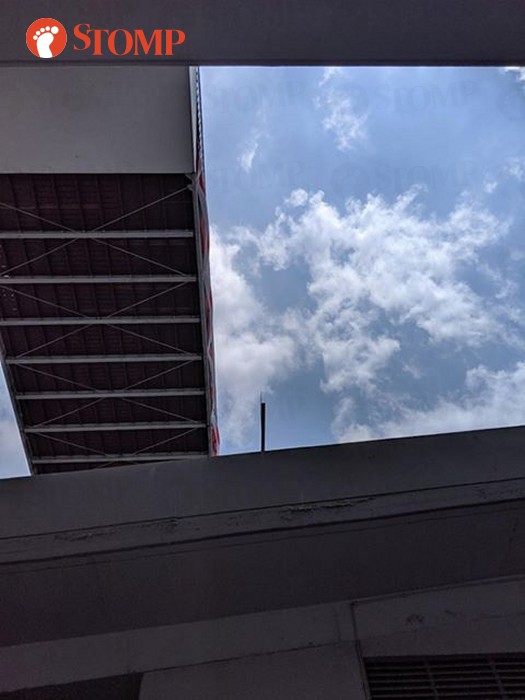 Lynn, who was a passenger in the car while her husband drove, recounted: "The brick dropped from the high-rise apartment next to Bukit Timah Plaza.

"It was the size of a fist.

"If we had been moving a bit slower, the brick would have gone through our glass."

Lynn also shared how the brick first fell on the roof of the car with great impact, bounced to one side and then landed in another spot. 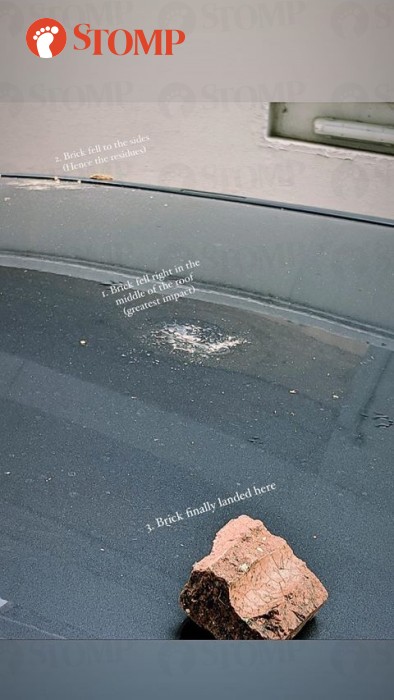 The couple subsequently called the police.

In response to a Stomp query, the police said they were alerted to a case of rash act at 1 Jalan Anak Bukit at 2.06pm. Investigations are ongoing.

Lynn told Stomp: "Can you imagine if 1) we were just walking there 2) a motorcyclist was there instead or 3) it’s a convertible car?

"I would not be here to share all these."