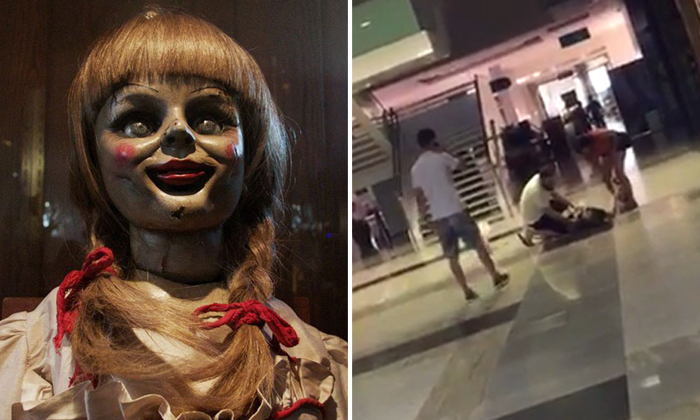 A Brazilian woman turned hysterical and reportedly had to be rushed to the hospital, shortly after she left a screening of horror film 'Annabelle: Creation'.

The incident occurred at a shopping mall in Teresina, Brazil, on Aug 18 at around midnight.

According to Daily Mail, the unidentified 20-year-old started behaving strangely during the scariest moment of the movie "when the devil appeared".

After leaving the cinema, she began screaming and coughing on the floor, as onlookers tried to calm her down. She was also said to have "hit herself with punches to her own head".

An employee at the shopping centre told Brazilian media: 'We haven't managed to find out exactly what happened or what caused this behaviour. What we know is that she was really very nervous and couldn't herself explain what had happened."

Many netizens have dubbed the Annabelle sequel as the scariest movie of the year.

It is unclear if the incident was a publicity stunt, but a video of the incident has already garnered more than a million views on YouTube.

Related Stories
Funeral workers confess the most terrifying things they have seen on the job
Someone made a horror movie trailer out of 2016 -- and it's epic
Life as a horror film? This is probably how it would be
More About:
scary
spooky
creepy
movie
Brazil
horror
Annabelle: Creation