UPDATE: 6-year-old boy dies after getting trapped under bus in Choa Chu Kang 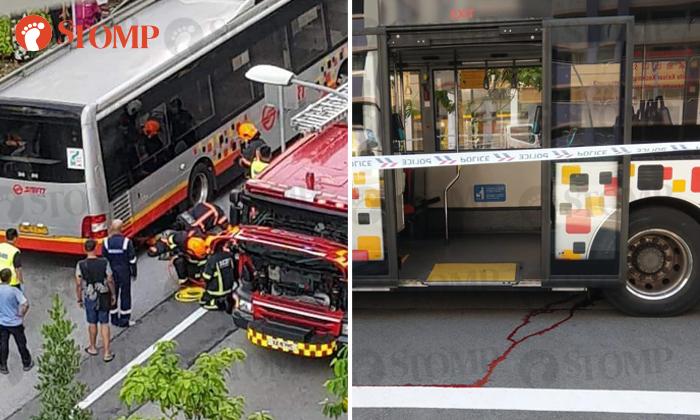 More details regarding the accident and victim have emerged.

Read the full update here: Boy killed in CCK accident had dashed out in front of bus when crossing road with pregnant mum

A six-year-old boy who sustained severe injuries after being pinned under a bus in Choa Chu Kang on Thursday morning (May 24) has died in hospital.

"The pedestrian, a 6-year-old boy, was unconscious when conveyed to National University Hospital, where he subsequently succumbed to his injuries," said a police spokesman.

The bus driver, a 57-year-old man, is assisting the police with investigations.

"The police would like to urge members of the public not to circulate images or videos of the six-year-old boy at the accident scene, out of respect for his family," added the spokesman.

A six-year-old boy died in hospital after suffering severe injuries from being pinned under a bus along Choa Chu Kang Avenue 5 on Thursday morning (May 24).

In response to a Stomp query, the Singapore Civil Defence Force (SCDF) said it was alerted to the traffic accident at about 9.07am.

Stomp understands that the boy was found under the rear wheel of the SMRT bus.

He was reportedly crossing the road when the accident occurred. 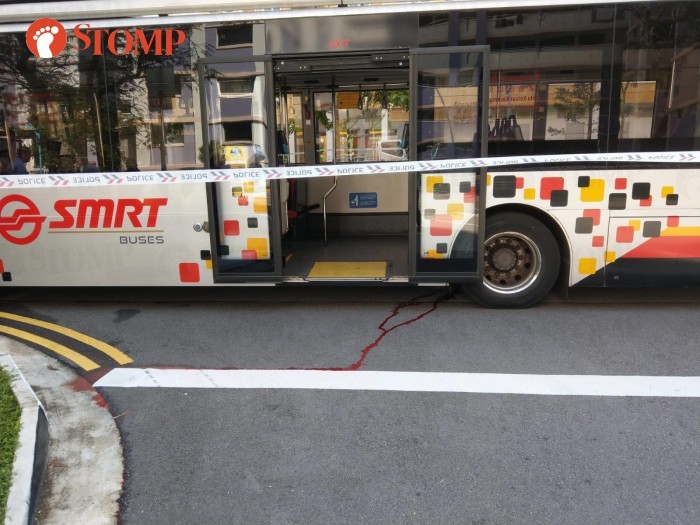 He was unconscious when taken to the National University Hospital (NUH), where he subsequently succumbed to his injuries.

Stomper Dereth, who contributed photos taken near Block 485D, said he called 995 upon hearing a commotion and was told that a boy was trapped under the bus.

He told Stomp: "I heard screams and shouts and went downstairs.

"The boy was later sent to the hospital and accompanied by his father. There were other family members who stayed behind to talk to the authorities."

A photo circulating online shows the boy being taken away on a stretcher. 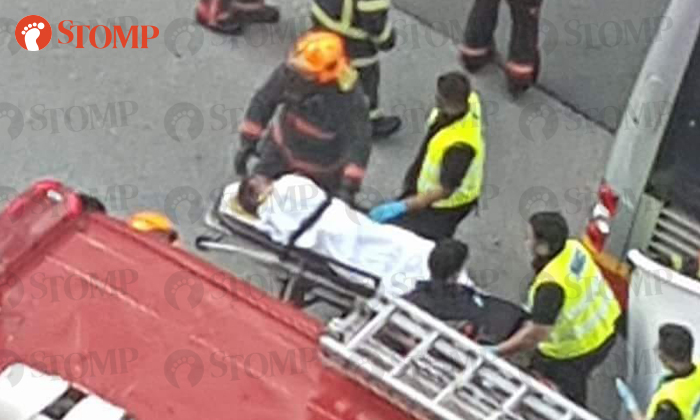 Ms Margaret Teo, SMRT's Vice-President for Corporate Communications, told Stomp in response to a query: "We are sorry and sad that the accident has happened.

"Our care team has reached out to the boy’s family at the hospital to provide support and assistance. Meanwhile, we are assisting the police in their investigations.

"We would also like to apologise to affected commuters.”