Boy squishes stingrays with his feet, says he has 'kill count' of 11 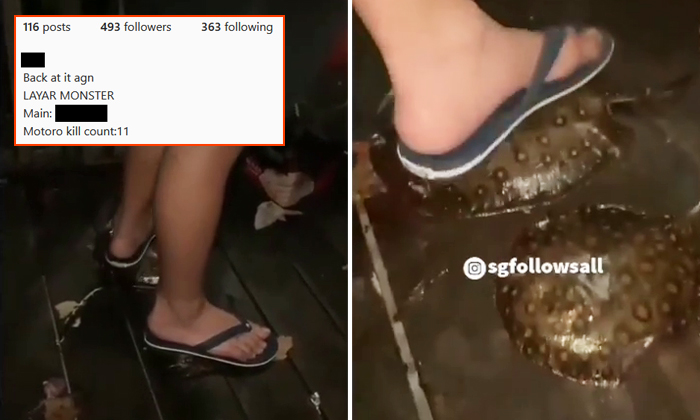 A boy has sparked outrage after he was seen stepping on two stingrays with his feet.

Someone also asks, "What the f*** you doing? Why you stepping on stingrays ah?"

It is unclear when or where the profanity-laden video was taken.

The video has drawn flak from netizens, who slammed the boy.

One user commented, "Let's see if people step on his head see pain or not."

Several also identified the boy's social media account and noted how he has a "kill count" for motoro stingrays.

A netizen said, "Wow his ig account even has a motoro kill count to mock people angry at him. Sounds like the kid needs to learn."

Stomp has contacted the National Parks Board (NParks) for more info.