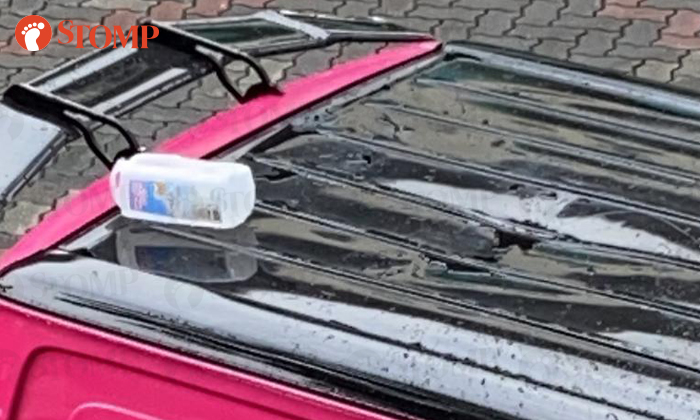 Police are investigating a case of mischief after a plastic bottle filled with water fell from height and damaged a van parked in Jurong West.

The incident, which involved Stomper N's company van, occurred at Block 275C Jurong West Street 25 on Saturday (Jan 9), at around 11.15am.

N shared photos showing police at the scene and the damage on his van. 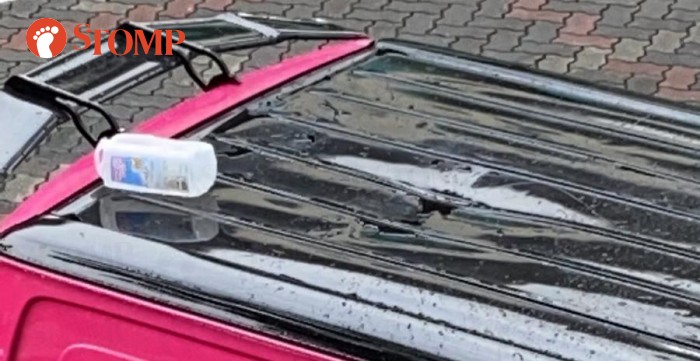 Multiple holes are spotted on the roof of the van.

The Stomper also shared a video showing the moment of impact where a thud on the van can be seen (at 00:03).

N said: "My company vehicle was hit by killer litter.

"Luckily, my driver was not inside. He had gone upstairs to do his delivery when he heard a loud bang. At first, he thought a tyre had burst or something.

"It turned out that the van had been hit by a bottle full of water.

"A lot of passers-by saw what happened as well and police were called to the scene."

In response to a Stomp query, the police said they were alerted to a case of mischief at 11.23am.