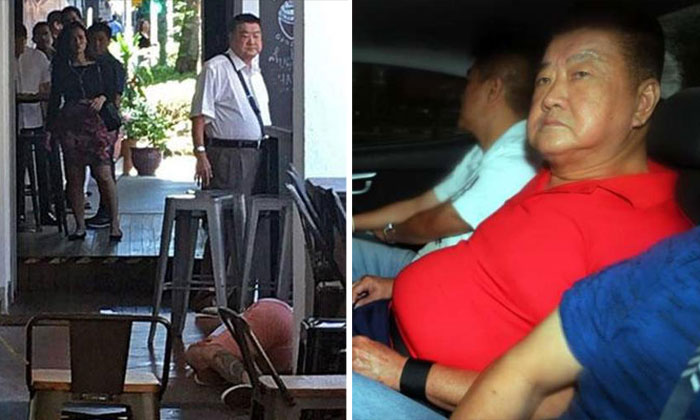 In the latest development to the Boon Tat murder case, the prosecution has asked for the suspect, 69-year-old Tan Nam Seng, to be remanded at the Complex Medical Centre in Changi Prison for psychiatric assessment.

This comes in light of the high-profile murder case in which Tan is accused of fatally stabbing son-in-law, 38-year-old Mr Spencer Tuppani, at a coffeeshop along Telok Ayer Street on Monday, at 1.22pm.

According to The Straits Times, the judge has agreed to the prosecution’s request.

The suspect was taken back to court yesterday (July 14).

He was charged with causing the death of Mr Spencer, a former director of port operations and logistics service provider TNS Ocean Lines.

The victim fled after the attack, collapsing outside an eatery, A Poke Theory, in Boon Tat Street, some 70m away.

He was subsequently conveyed to Singapore General Hospital (SGH) where he died an hour later.

The victim had married the suspect’s eldest daughter, Ms Tan Cheng Cheng in 2004.

Before that, he had joined TNS Ocean Lines back in 2003, and became its chief executive officer and director later on.

The suspect’s family engaged a lawyer, Andy Chiok, to be in court on their behalf.

Mr Chiok informed District Judge Christopher Goh yesterday (July 14) that the family would secure a legal representation for Tan by the next court hearing, stated on Aug 3.