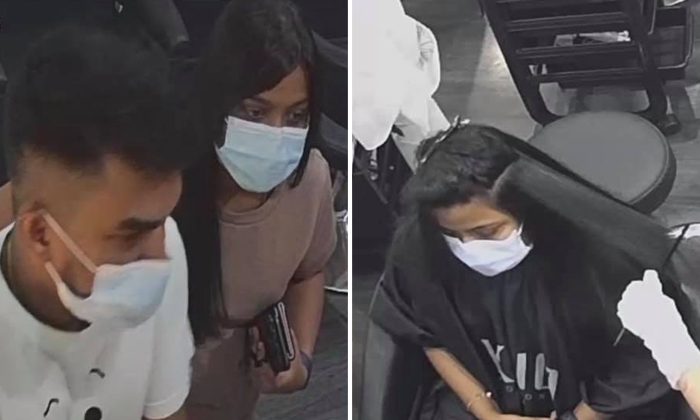 A man and a woman have been publicly called out by a hair salon in Jurong West for evading their $238 bill.

Miracle Hair Project, a salon located at Boon Lay Shopping Centre, highlighted the incident and shared photos of the couple on its Facebook page.

According to the post, the woman had gotten rebonding as well as hair and scalp treatments done, while the man had a haircut and bought a tub of hair oil.

Their total bill amounted to $238.

However, the pair apparently claimed that they were unable to make an electronic transfer and told the salon they would go withdraw the cash from an ATM.

They never returned despite being given a day's grace, thus prompting the salon to call them out on social media.

The October 18 post, which has garnered over 800 shares to date, said:

"Give you a day to find your conscience and pay the money but never come back.

"The more I think about it, the more dissatisfied I feel about (it).

"I am making this public so that everyone can recognise the faces of these two people.

"To prevent those in the same industry from getting cheated and being the next victim.

"Say that (their) phone can't transfer the money and want to go to the toilet before going to withdraw the money.

"I trust you so much, but you left without looking back?

"Do rebonding, scalp and hair care, the guy had a haircut and bought a can of oil.

"Charge you all so cheap, still want to run away without paying, where is your conscience?

"If you don't have the money and want to run away, then don't do (the treatments and haircut). Waste our labour costs. $238, take it as our company buying a lesson."