Bonehead move: Eating chicken drumlets on train and leaving remains behind on seats 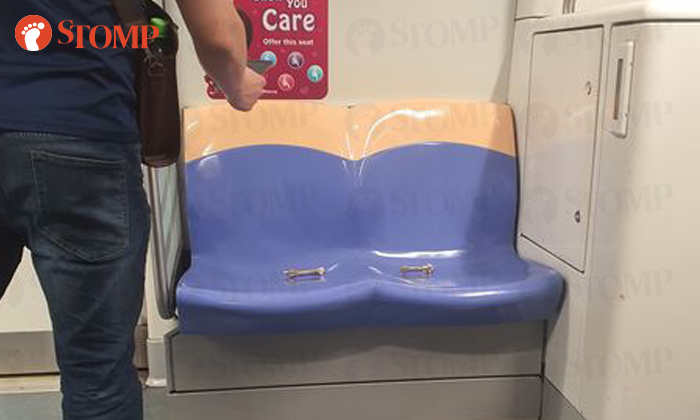 Seeing commuters eat on the train despite it being prohibited is not all that uncommon.

But imagine seeing food remains left behind on the train seats.

Even worse is when these remains aren't crumbs from a quick bite, but meat bones that have been picked dry.

Stomper Kelly spotted what appeared to be chicken bones left on the seats of a train on the North-East Line towards Punggol on Thursday (Nov 12), at around 10pm.

She said: "The bones were already there when I boarded at Dhoby Ghuat MRT station. It seemed like someone had eaten on the train and threw the bones on the seats."

According to Kelly, who shared photos of the incident, the bones were still there when she alighted at Sengkang MRT station.

She added: "I feel very disappointed as to how people can just eat on the train and throw their trash there without thinking of others."

Under the Rapid Transit Systems (RTS) Act, the consumption of food and drinks is not allowed in MRT trains and stations. Offenders can be fined up to $500.

Related Stories
Train commuter irked to see woman cleaning and changing boy who had taken 'big dump'
Construction workers lauded for going out of the way to clean girl's spilled coffee on train
See, this is exactly why we aren't supposed to eat and drink on trains
More About:
inconsiderate
train
MRT
food
disgusting