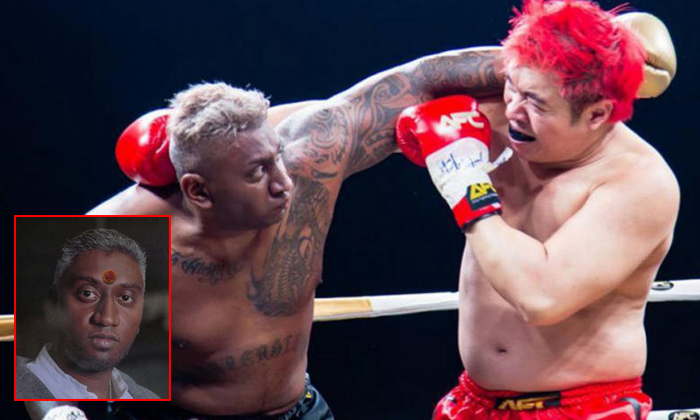 Following an inquiry, State Coroner Kamala Ponnampalam stated in her findings dated Feb 11 that the 31-year-old Singaporean died of a natural cause.

This is a genetic mutation associated with abnormal function of the ion channels in the heart muscle, resulting in abnormal heart rhythms, the court heard.

Mr Pradip, who was the president of the World Bodybuilding and Physique Sports Federation, had gone through a medical screening before the match and was found to be fit for the bout.

He also made a declaration, stating that he was free of any adverse medical conditions.

In her findings, State Coroner Kamala said two independent medical experts had found that the screening was adequate.

She added: "The on-site doctor would not have been able to detect Mr Pradip's medical condition as it would have required an ECG (electrocardiogram) to have been conducted.

"Both independent medical experts noted that Mr Pradip had not reported any symptoms related to cardiomegaly to the on-site doctor during the pre-match medical screening.

Mr Lim, then 41, was scheduled to fight former Singapore Idol contestant Sylvester Sim in the celebrity muay thai bout during the inaugural Asia Fighting Championship at the Marina Bay Sands Expo Hall A on Sept 23, 2017.

But Mr Sim, then 34, withdrew two days before the fight, citing insurance coverage issues. Mr Pradip was announced as his replacement the next day.

On the day of the match, Mr Pradip went through a medical screening process by an on-site doctor before entering the ring with Mr Lim at around 8.10pm.

After Mr Lim was declared the winner about 10 minutes later, Mr Pradip slumped down against the padded corner column of the ring.

He was rushed to the Singapore General Hospital, where he was pronounced dead at 9.51pm.