Body of man found floating in waters of Punggol Waterway 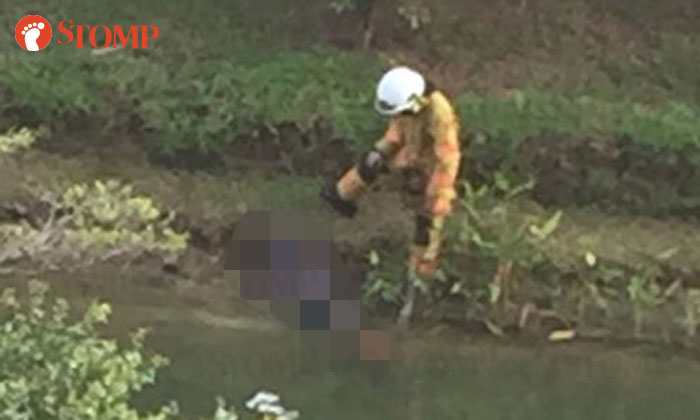 The body of a man in his 30s was discovered in the waters of Punggol Waterway on Wednesday (Aug 15) morning.

The police told Stomp that they were alerted to the body at 7.17am.

In response to a Stomp media query, the Singapore Civil Defence Force (SCDF) said it was alerted to the incident at 7.20am at a canal near Block 316C Punggol Way.

When SCDF arrived at the location, the body was in the water.

"A man in his 30s was retrieved by SCDF officers and declared dead at the scene by paramedics," an SCDF spokesman said.

Stomper S and Y shared photos of the scene with Stomp that showed an SCDF officer standing over the body of the man on the canal's bank.

"I physically saw the body only at 9am this morning," said Y. "But I was doing some work at midnight before that and I could smell some stench but thought it might be a passing smell."

"When I went to my car to grab my wallet, the stench kind of followed.

"I thought I stepped onto poo so this morning kind of solved what that mysterious smell was."