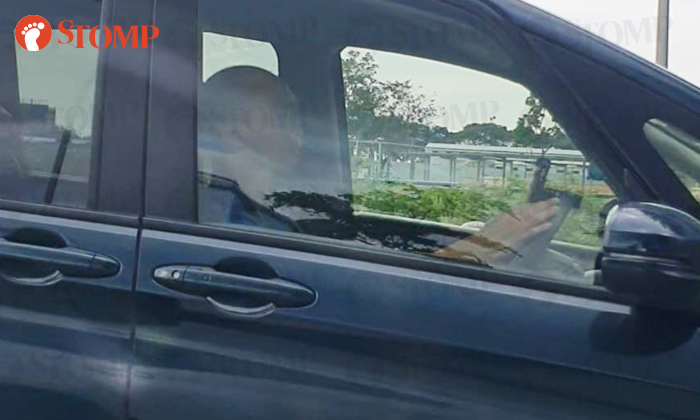 A driver was caught on camera using a mobile device while travelling along Marina Way and ignoring a fellow motorist's honks.

Stomper RayTan shared dashcam footage of the incident that his passenger recorded on Saturday (Nov 21), at around 12.15pm. 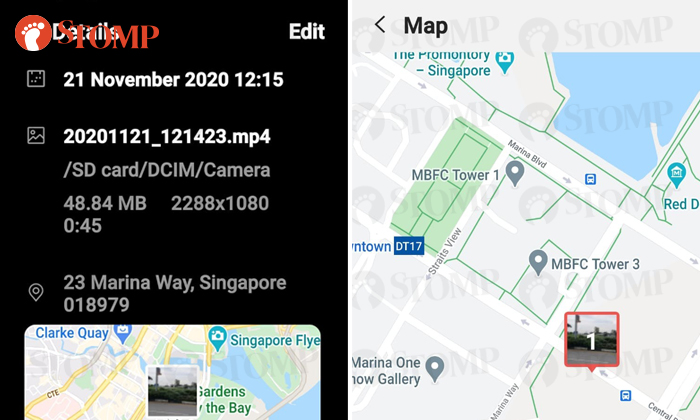 RayTan said: "I first saw his car at a red light at Sheares Avenue and honked him, but he appeared to be busy watching a video and then turned right towards Shenton Way.

"I'm not sure if he was watching a movie but the device he was holding was bigger than a normal mobile phone.

"I honked at him a few times but he did not care."

Asked how he felt about the incident, RayTan told Stomp: "He is a bad driver and who does not seem to care at all."

Under the Road Traffic Act, a driver of a vehicle who holds in his hand a mobile communication device and operates any of its communicative or other functions while the vehicle is in motion on a road or in a public place is guilty of an offence.