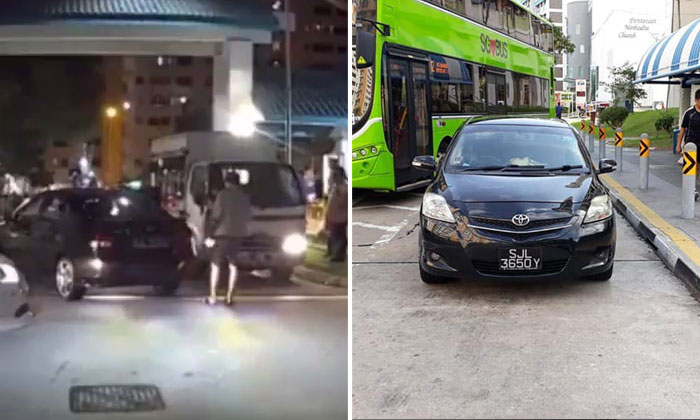 A driver of a Toyota Vios with licence plate number SJL3650Y has become notorious in Pasir Ris for his inconsiderate driving and parking.

In the most recent incident, the driver was seen stopping his car right smack in the middle of the service road entrance at Block 409 Pasir Ris Drive 6, causing other motorists to manoeuvre their vehicles around him.

Other photos have been posted online of his parking fails which include parking in a handicap lot and leaving his car in the middle of two lots.

On May 30 he was also spotted parking at a bus stop along Pasir Ris Drive 6, making it difficult for passengers boarding and alighting a bus.

In a photo posted on SG Road Vigilante, the driver allegedly left a warning note on his vehicle not to issue him a summons.

"I have gone without food for days," the note says.

Netizens are calling for the Toyota driver to be removed from the road, criticising him for being a "public nuisance".