BMW straddles two lanes along PIE, crashes into concrete divider and drives off like nothing happened 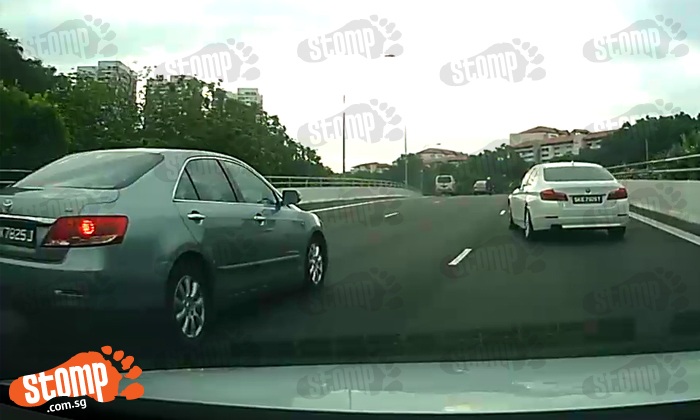 Stomper Dawn was driving along the Pan Island Expressway yesterday morning (Jan 31) when she came across a BMW driving erratically.

In the video the Stomper submitted to Stomp, a white BMW can be seen straddling two lanes. As the vehicle approaches a slight turn, the driver drives too close to the concrete divider and smashes into it, chipping part of it in the process.

The vehicle then bounces off and the driver then continues driving as if nothing happened.

"I would like to think that the BMW driver did not mean to be reckless, he was just not in full control of his mind and car. Perhaps he was tired, sleepy, or had taken some medication which caused drowsiness.

"I certainly hope he was not drunk for that would have been irresponsible driving. Drivers must maintain full control of their cars at all times.

"That driver had certainly caused much anxiety to other road users around him and I hope he sobers up after this episode.

"Hopefully that bump woke him up enough to take him home safely..."