BMW catches fire at Sembawang petrol station, witness 'worried there would be explosion' 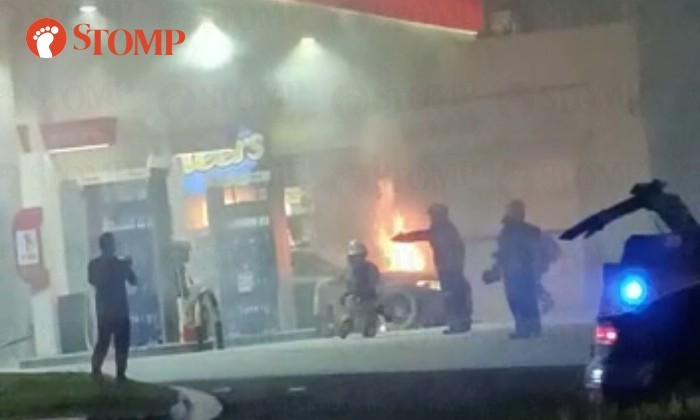 A car burst into flames at a petrol station in Sembawang Road at about 8.30pm on Friday.

In a clip posted on popular video-sharing platform TikTok, firefighters can be seen at the Esso fire station rushing to put out the fire.

In response to queries, the Singapore Civil Defence Force (SCDF) said the fire involved the engine compartment of the car.

A member of the public and an off-duty officer tried putting out the fire with fire extinguishers before SCDF officers arrived, it added.

Firefighters then used a water jet and a compressed air foam backpack to put out the fire.

SCDF said there were no injuries reported.

Senior risk management consultant Muhammad Murtadha, 30, said he and a friend were walking to get dinner at D’Rubinah restaurant, which is opposite the petrol station.

The stench of burning rubber alerted them to the burning car across the road.

Mr Murtadha said: “There was a lot of smoke coming out of the hood of the BMW. There is another petrol station next to the Esso, so we were worried that there would be an explosion.”

SCDF said the cause of the fire is being investigated. 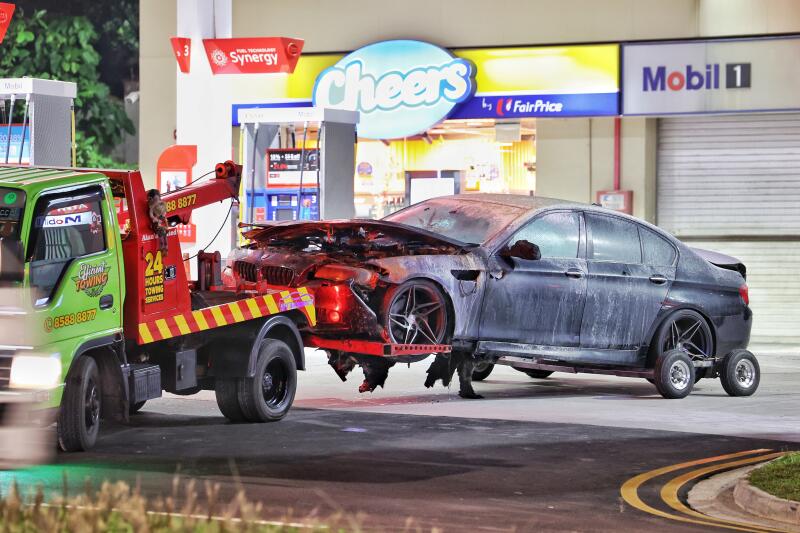