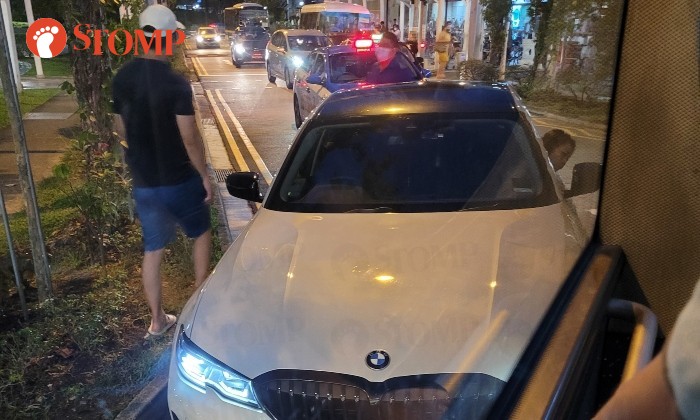 A BMW 318i allegedly "bumped" into a shuttle bus outside the Tampines 1 mall on Sept 20.

The free shuttle bus service takes passengers from the Tampines MRT station to the Tampines Retail Park, where Ikea Tampines, Courts Megastore and Giant Hypermart are.

Sharing a photo of the accident, Stomper J said that it happened at around 7.20pm.

"Around 10 people were on board the free shuttle bus," said the Stomper, who was on the bus.

"We are about to turn right then this BMW car wanted to go first and bumped into us.

"Our bus driver was very calm. He went outside and took some photos. The driver of the BMW seemed to be the one complaining even though very clearly it was his fault."

The photo shows a man wearing a white cap standing next to the BMW facing a man wearing a mask. A woman can be seen poking her head out the passenger side window of the BMW as if checking the damage to the car.

The two stationary vehicles appeared to be causing a traffic jam on the narrow two-lane road. 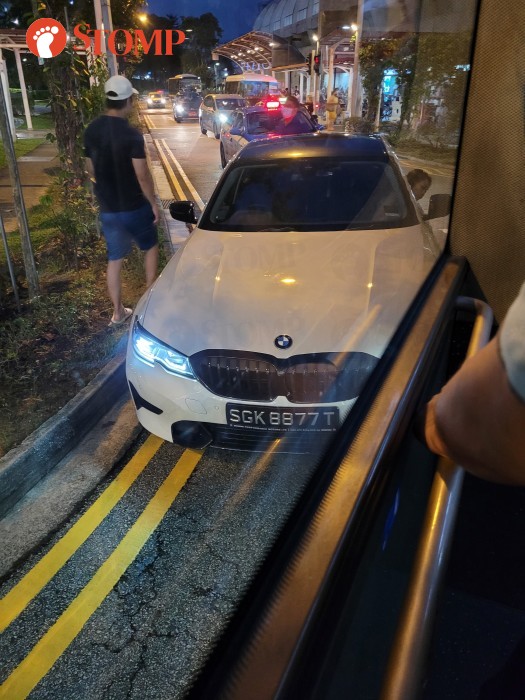