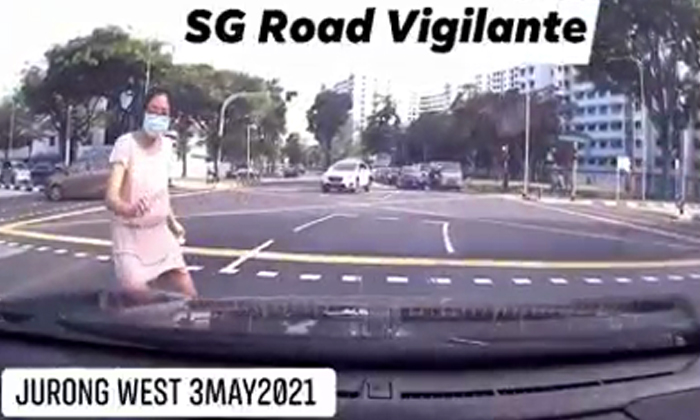 A woman who was nearly hit by a car while crossing the road has drawn flak from netizens for her reckless behaviour.

Facebook page SG Road Vigilante posted a video of the incident that occurred in Jurong West on Monday (May 3), at around 9am.

In the video, the pedestrian can be seen walking across the road with her head turned to the left, despite the traffic light not being in her favour.

When she notices the oncoming car, she takes a step backwards just as the car stops in time, thus narrowly avoiding a collision.

The woman then continues crossing the road with her head bent down.

Netizens have criticised the pedestrian's behaviour throughout the video, with many saying that she would not be so lucky in future.

One user even said: "Really blur sia this walking zombie."

Another commented: "Auntie, stop daydream(ing) can?"