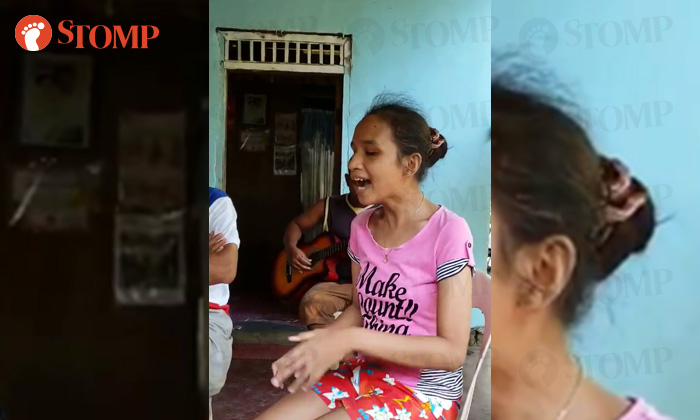 A video showing a blind girl from the Philippines singing a cover of Whitney Houston's I Will Always Love You is going viral on Facebook.

According to the caption on the video uploaded on Facebook page Victory Today, the girl, who goes by the name of Elsie, is totally blind and has never been to school or learned English.

"She listens to the songs and learns the song," says the caption.

"She lives in a small fishing village in the Philippines."

The video starts off with her sitting on the front porch of a house, surrounded by other villagers.

A woman then goes on to introduce her, before clapping and cheering her on.

She then started singing the famous classic pop hit.

Many have come online to express their awe and amazement at her voice.

One Facebook user, Steven Munz, saw the video as a reminder of how much those of us who have everything might take things for granted.

This girl serves as an inspiration to all of us.