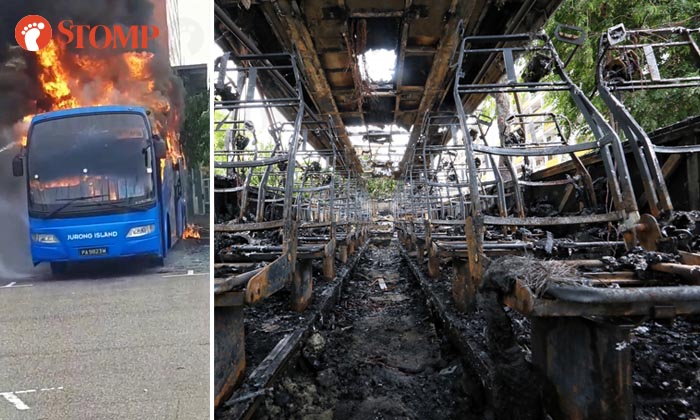 A fire broke out in a bus at a heavy vehicle park in Jurong West on Thursday morning (July 4).

Stomper Rohaizat shared with Stomp videos of the fire at Jurong West Avenue 4.

A fire engine then arrives at the scene to assist the SCDF.

Parts of the bus can be seen falling onto the ground as the fire continues raging.

The SCDF said to Stomp in a statement:

"SCDF responded to a fire incident at Jalan Bahar heavy vehicle park at about 9.30am.

"The fire, which involved a bus, was extinguished by SCDF using two water jets.

"The cause of the fire is under investigation"

According to The Straits Times, the bus is owned by Woodlands Transport Service.

A video of the fire was also posted on a Facebook page, Singapore Bus Drivers Community.