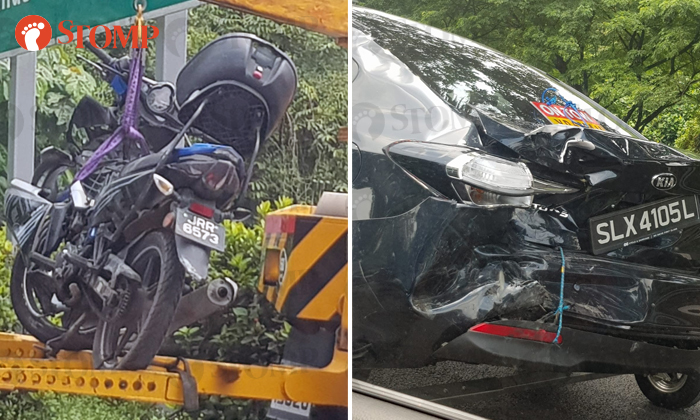 A 33-year-old man was taken to hospital after an accident involving his motorcycle and three cars along the Bukit Timah Expressway (BKE) on Saturday morning (July 7).

The police told Stomp that they were alerted to the accident, which occurred in the direction of Woodlands Checkpoint, at 11.47am.

The motorcyclist was conscious when conveyed to Khoo Teck Puat Hospital.

Stomper Bugatti contributed several photos of the accident, one of which shows the motorcycle being lifted by a tow truck. 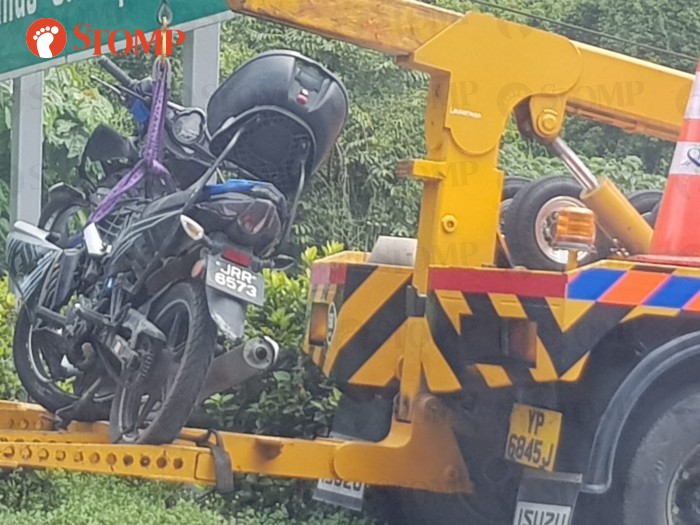 One of the cars involved in the collision, a black Kia, can also be seen with a badly damaged rear bumper.

This is the latest case in a spate of accidents that have occurred along the BKE towards Woodlands Checkpoint.

Just last week on July 4, a 46-year-old Mercedes driver died after crashing into a Mitsubishi.

On June 30, two men were injured in an accident involving their motorcycles.

A four-car chain collision that saw two drivers injured, as well as a fatal accident that left two dead and three injured, had also occurred near Woodlands Checkpoint on July 1 and June 30 respectively.